Yohan Poonawalla’s Bentley is India’s first car, which was also restored here, to win a prize in an open class Concours abroad.

Industrialist Yohan Poonawalla’s Bentley Mark VI has won the ‘Best in Class’ award at the RREC Concours d’Elegance in the UK. Registered as ‘Mysore 1’, the Bentley Mark VI competed in Class 10 of the contest. Originally owned by the Maharaja of Mysore, it is the first time that a car from India, which was also restored here, has won a prize in an open class in a Concours abroad.

Receiving the Rob Emberson trophy, Yohan Poonawalla said “I am happy the car was judged as the finest in its class from a line-up of very impressive Bentleys. I see this as a testament to the dedication and passion of my hardworking team and would like to thank everyone involved with this car”. The car was passionately restored by Viveck Goenka and Allan Almeida in Mumbai. Poonwalla further added that getting recognition for the Bentley from industry experts and marque specialists was “very gladdening”.

The competition was organised by the International Club for Rolls-Royce & Bentley Enthusiasts (RREC). Their Annual Rally & Concours d’Elegance is the biggest gathering of Rolls-Royce and Bentley cars in the world.

Speaking about the award, concours consultant and curator of the car, Mohammed Luqman Ali Khan, said, “I feel privileged to have been part of this journey and to have presented this historic car to the judges. He further added that the victory made it “one of the best and most important Bentleys in the world”.

On the following day after the win, the car was taken for a photoshoot at the Hampton Court Palace for a ‘Then & Now’ photograph; scenes from black and white period photos were recreated, where the car was shot exactly at the same location as it was almost 75 years ago. Before returning to India, the car will pay a visit to Crewe, the headquarters of Bentley Motors Limited.

Prize winning Bentley originally made for the Maharaja of Mysore

The award-winning Bentley Mark VI was coach-built by London-based Hooper & Co for the Maharaja of Mysore, who was then the second richest man in the world. The car boasts of several bespoke features and regalia such as illuminated shields and plaques in pure gold and silver, coat of arms on doors, flag staffs, fold-out trays, and cut glass toiletries set with a silver top. Its unique dual-colour combination earned it the nickname “the Rhubarb and Custard car.” 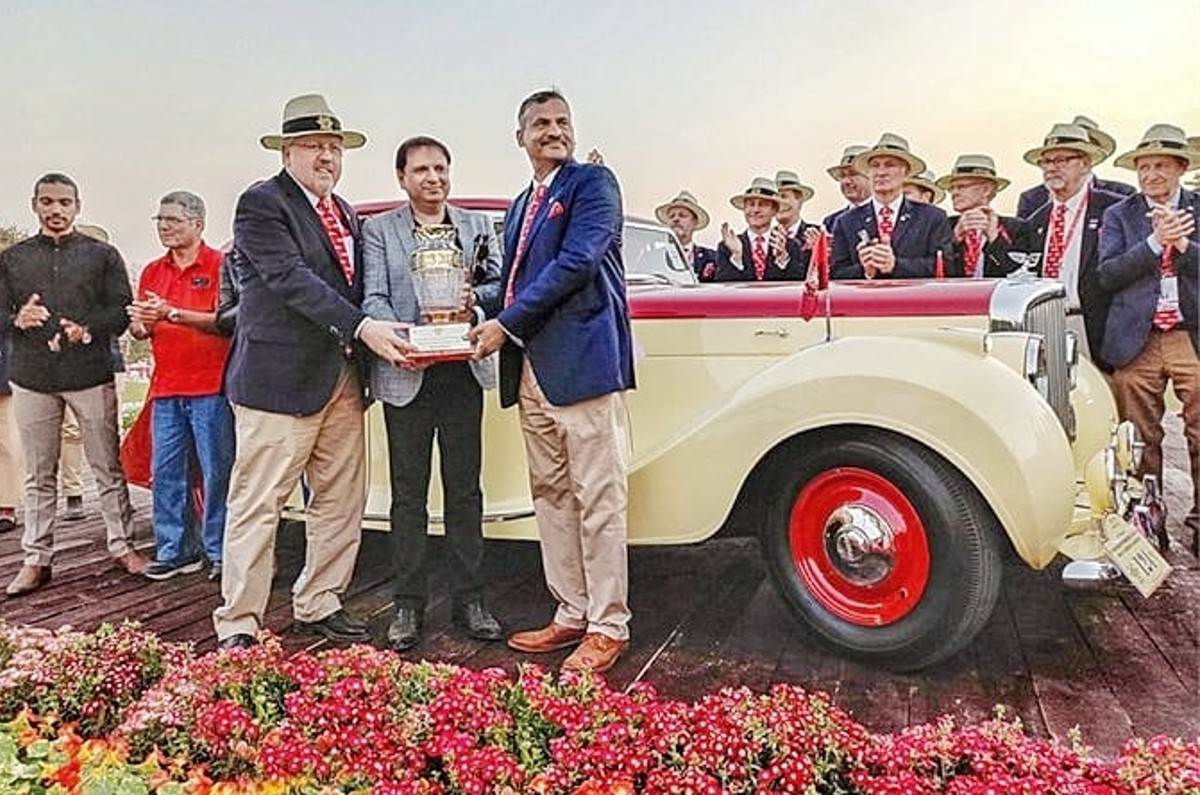 This Bentley Mark VI is no stranger to winning awards, having previously won the ‘Best of Show’ award at 21 Gun Salute Concours d’Elegance and also the coveted ‘Duke of Marlborough Award’ at Salon Prive.

The Mark VI was produced between 1946 and 1952 and it was Bentley’s first luxury car after WWII. A little over 1,000 units of the Mark VI were built in its six-year production run.