Yezdi’s answer to the Royal Enfield Himalayan promises the same visual theme, but a greater level of abilities.

A month after the new range of Yezdis was launched, Classic Legends has finally given us a chance to sample these machines. We were only given a couple of hours with each bike, so we won’t be able to tell you about performance, highway manners, city comfort and fuel efficiency. All that will have to wait till another day, but, for now, we can tell you what each bike has to offer in terms of the riding experience. This article is about the Yezdi Adventure.

It takes just a few minutes on the Adventure to tell that this bike rides differently, compared to the other two Yezdis. That shouldn’t come as a surprise, given that the Adventure has a completely different chassis and it is the only one with a rear monoshock.

What also doesn’t take long to discover is that Classic Legends appears to have benchmarked the Royal Enfield Himalayan to a great degree, because from a distance, the Adventure looks a little too similar to the Enfield for comfort. The original Yezdi-style rectangular fuel tank and engine design help this bike stand out a bit, but a little more originality in the design would have been welcome. As with the other two Yezdis, the overall finish and quality of materials used needs to improve.

The spec sheet is quite similar as well, with a Himalayan-equalling 220mm of ground clearance; the same 21-inch front and 17-inch rear wheel sizes and the same amount of front and rear (200mm and 180mm, respectively) suspension travel. Yezdi quotes a 188kg weight – but that’s without fuel – so with the 15.5-litre fuel tank brimmed, the Yezdi will probably weigh around the same as the Himalayan as well, at 199kg.

The big difference, of course, is in Yezdi’s liquid-cooled, 30.2hp, 29.9Nm, 334cc single cylinder engine. The engine’s power delivery is similar to the Yezdi Roadster, with a more peaky top end than the Yezdi Scrambler. Like the other two, refinement could improve – the engine gets clattery at low rpm and buzzy if you take it close to the 8,000rpm redline. Off road, there’s a good amount of bottom end, but you’ve got to be careful not to let the revs get too low in second gear, because the engine can stall a little easily in those conditions. 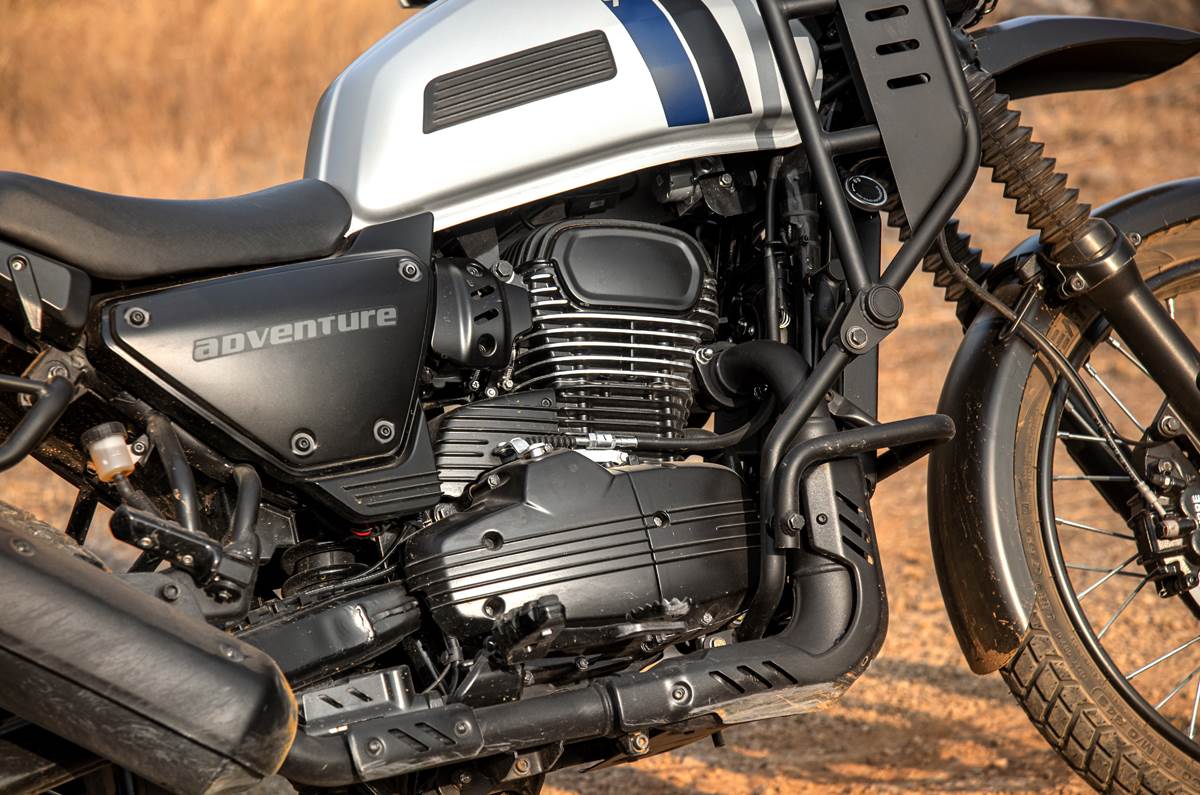 In the dirt, the Yezdi feels easier and more capable to ride than the Scrambler, thanks to its bigger front wheel, more off-road biased tyres and the plusher suspension set-up. In fact, it feels like it could be just as capable as the Himalayan, if not more so, and this is something that we’re keen to evaluate back-to-back. 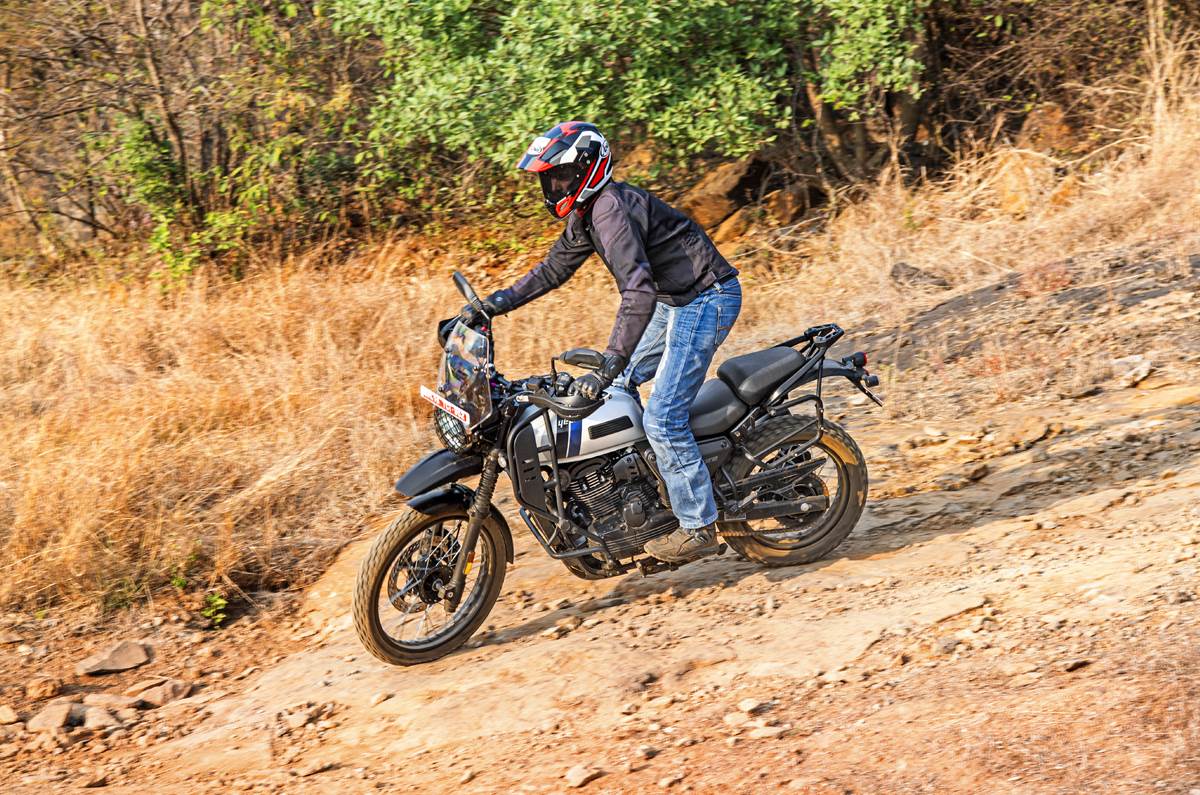 On the road, this plush suspension feel continues here and the Adventure just floats along. Over bumpy surfaces, the rear shock feels a little too soft and underdamped, and it can create a bit of a pogo-ing effect. Given the suspension set-up and the tyres this bike has, handling is quite decent and there isn’t much to complain about. The same goes for the brakes on all three bikes – they’re perfectly adequate, but they do require some effort for strong braking.

Like the Yezdi Scrambler, the Adventure has three modes for the dual-channel ABS, including an off-road mode that allows you to turn off the rear ABS. Both bikes also get a fairly tough-feeling metal bash plate, but you’d probably still want to be a little cautious of the coolant reservoir that’s positioned below the engine. 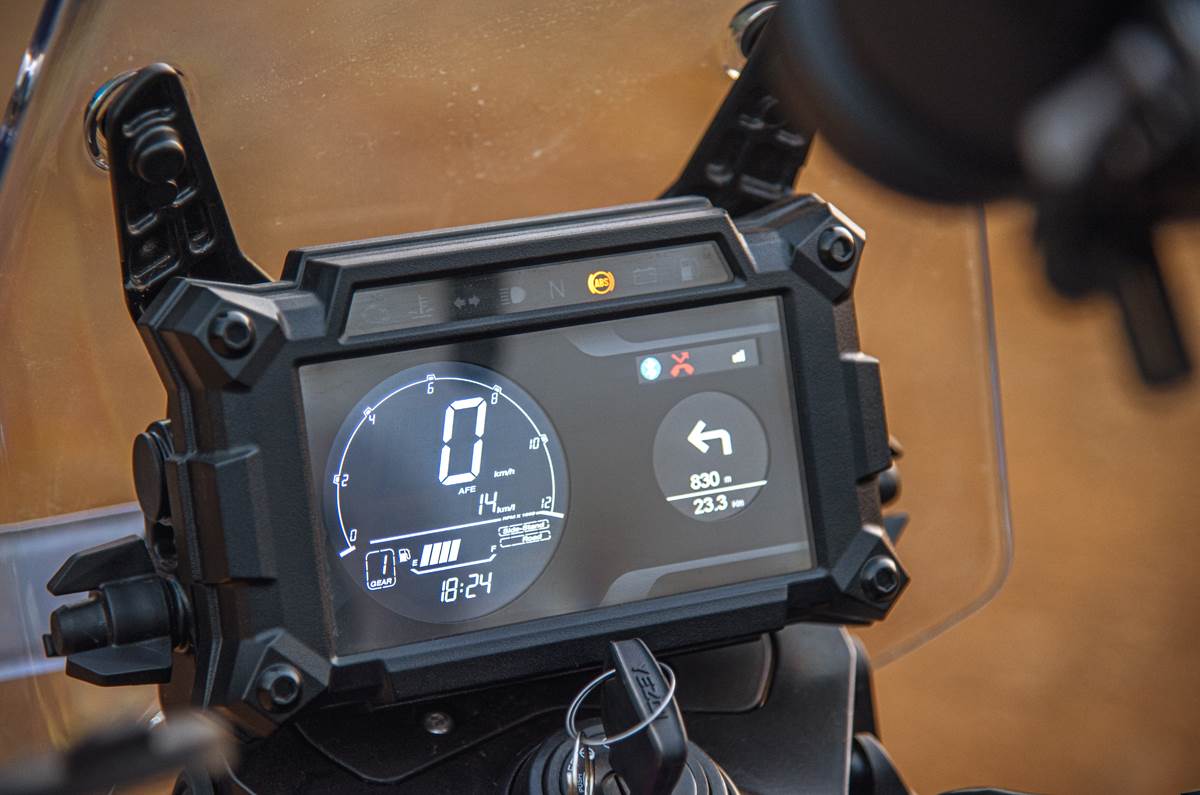 The Adventure is positioned as the top Yezdi model and it gets a few more features, including a tilt adjustable rectangular instrument console. The actual circular LCD display inside this console is the same as on the other two bikes, but the Adventure also gets a couple of small TFT displays to show Bluetooth enabled features like call and navigation assists – the Adventure is the only Yezdi that supports Bluetooth connectivity. 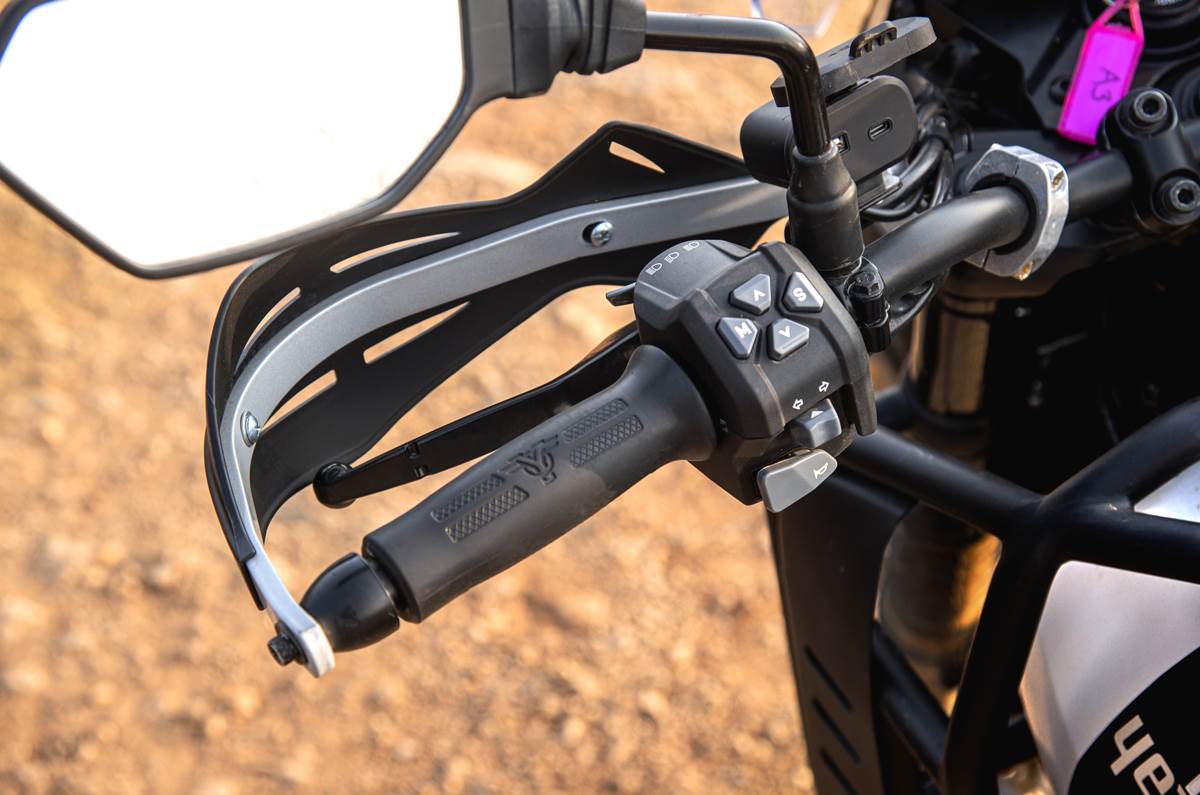 Like the Scrambler, the Adventure you see here is also wearing some optional accessories, including the headlamp grille, hand guards and the lower engine guards. Strangely, the upper metal structure that fits around the fuel tank is not sold with the bike, but Yezdi calls this a mandatory accessory. Apparently, when you buy the bike, you must also purchase this at an extra cost. 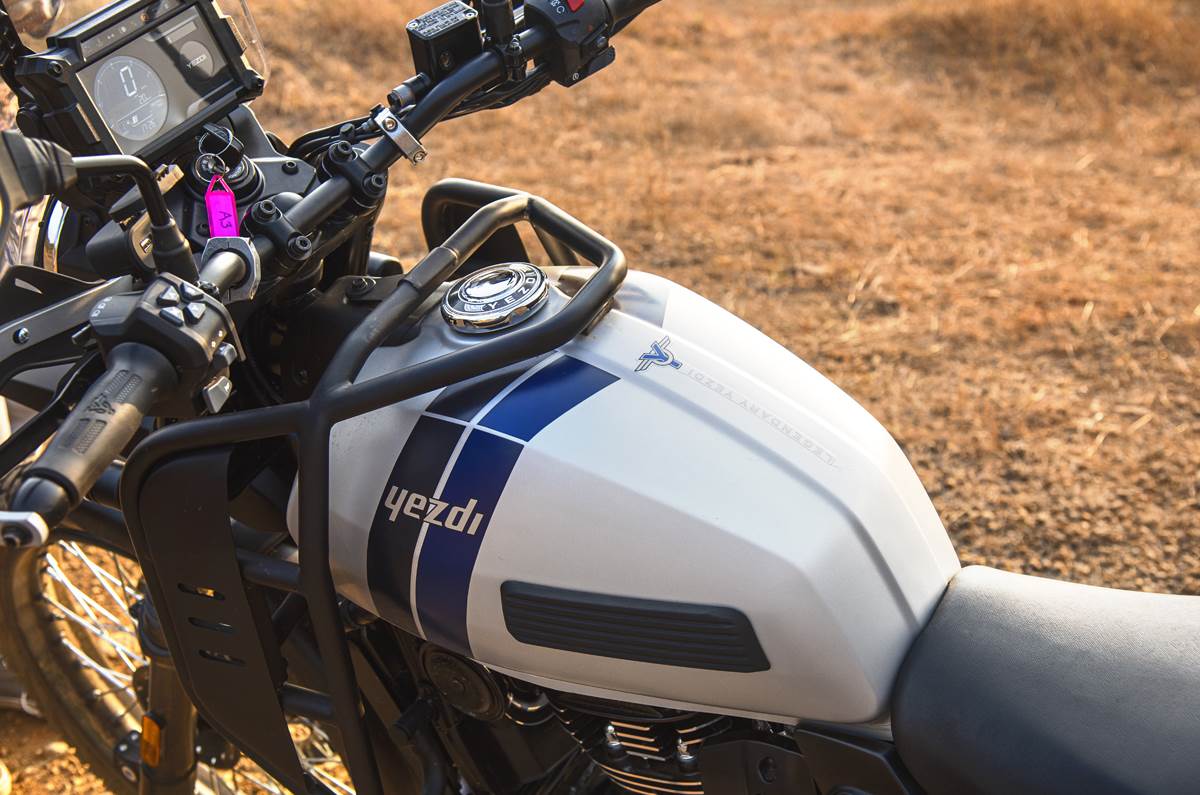 Nevertheless, this Yezdi is competitively priced between Rs 2.1 lakh-2.19 lakh based on what colour scheme you go for. That positions it almost exactly on par with the Royal Enfield Himalayan.