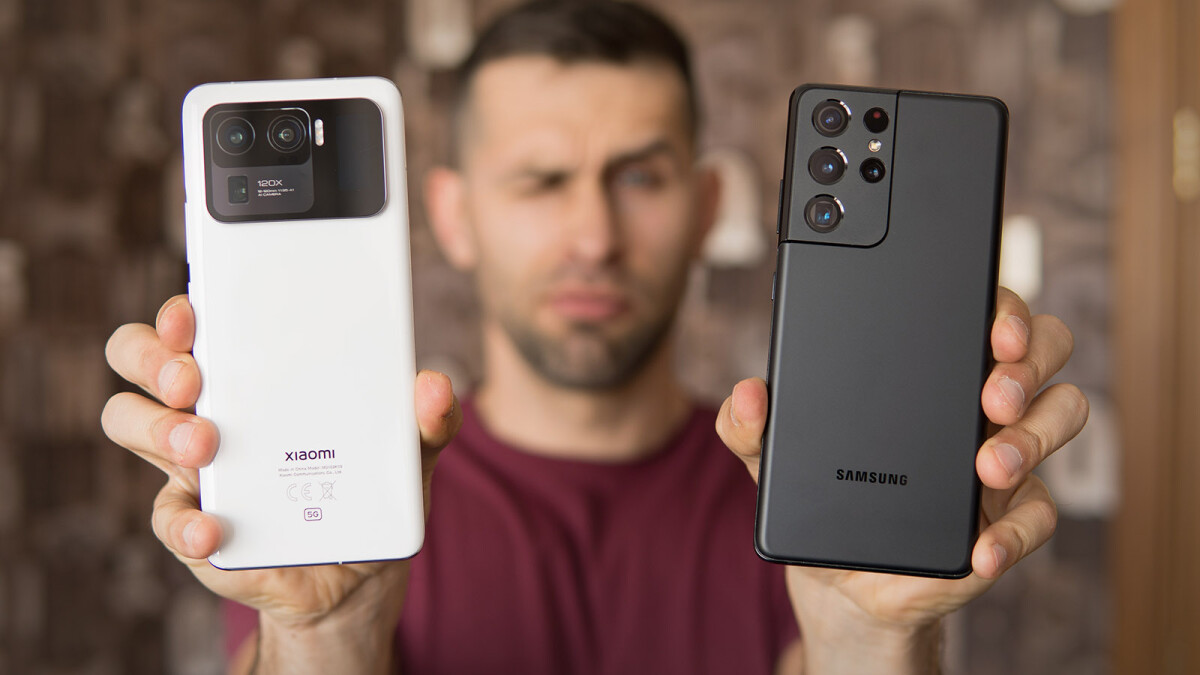 Xiaomi’s meteoric rise has put it just behind Samsung and Apple as the world’s third largest phone maker, and with its new Mi 11 Ultra flagship the company wants to prove that it can make a phone that is on par with the very best.

But can the Xiaomi Mi 11 Ultra beat the venerable Galaxy S21 Ultra in the camera game?
Well, that’s exactly what we are about to find out as we’ve captured a ton of photos and videos on both phones to see if Xiaomi has finally done it.

Specs don’t win a camera war, but a quick look reveals some interesting details: first is that both have a wider than usual main cameras with a 24mm lens, great for landscape shots, and both sport optical image stabilization for clear shots in lower light. Another interesting detail is that the Xiaomi has the widest ultra-wide camera that we have EVER seen on a phone at 12mm. However, the Galaxy still has a more versatile zoom range: while the Xiaomi has a single 5X periscope style zoom camera, the Xiaomi has a 3X zoom and then also a 10X zoom periscope camera which results in cleaner shots from a distance.

What really matters is the quality of the images these sensors produce, so here are some photos:

While Xiaomi seems to have put a lot of work in its main cameras, the front camera seems neglected and images come out washed out and lacking in detail compared to the Galaxy.

In low light, the selfie camera on the Galaxy is once again superior to the Xiaomi with more detail and richer colors.

When it comes to main camera quality, it is the difference in colors that really stands out: the Xiaomi consistently captures bleaker looking shots, while the Galaxy tends to capture brighter and more cheerful photos, with more vibrant colors.

That is something you notice on all of the photos, but it really stands out in the photos of the sunset towards the end, the picture from the Galaxy has a much wider dynamic range and a ‘wow’ look, while the Xiaomi cannot quite capture the same richness of colors in the photo.

Both phones can capture good looking portraits, with the same difference in the vibrancy of the photos carrying over from the main camera to portraits, and as you can see in the above example neither is perfect in separating your subject from the background entirely.

What the Xiaomi is missing is the ability to capture a 1X and 3X zoom portrait, which the Galaxy has.

Just having a 12mm lens on the Xiaomi results in these vastly wider photos that look really impressive, but going that wide also means a few more issues with distortions. Notice how the photo from the Xiaomi is warped at the edges, while the lines appear straight on the picture from the Galaxy. The difference in sharpness is also very obvious: the Galaxy appears a bit artificially oversharpened, a look that some may like, but that is not “technically” perfect, while the Xiaomi appears a bit on the soft side.

But just having such an incredibly wide camera on the Xiaomi gives you these incredible perspectives that are worth the slight drop in quality and a bit of an issue with distortions in our view. Just take a look at these photos, it’s the special qualities of a 12mm lens that give them an advantage over the ultra-wide camera on the Galaxy. Still, if you prefer to get more vibrant and punchy colors, once again it is the Galaxy that has that look.

With periscope cameras on board, you can zoom far and away with both phones and still get excellent quality. Just don’t fall for that “120X zoom” on the Xiaomi and “100X” zoom on the Galaxy! The reality is that anything above 30X zoom is barely usable on both phones.

Here are a few zoom shots to illustrate the difference in zoom quality at different distances:

Finally, in low light the Xiaomi tends to capture long exposure shots almost always, while the Galaxy is quicker and often can make do with a quick shot that doesn’t have that overly brightened “night mode look”.

Here are a few shots captured using Auto settings in low light on both phones:

So… has the Xiaomi Mi 11 Ultra managed to beat the Galaxy S21 Ultra and become the new camera king in the Android space?

Well, not quite. While we came away impressed with the ultra-wide camera, and we loved the zoom quality in most shots, we found that photos come out with bleaker, colder tonalities that are not that appealing and detail is a bit on the soft side, plus Xiaomi seems to have forgotten it has a front camera on the Mi 11 Ultra too. The Galaxy has a bit of an issue with oversharpening and its tendency to give you vibrant photos sometimes results in photos that look a bit fake, but most of the time, we preferred the photos we captured on the Galaxy. They had more detail, better dynamic range and just looked “shareable” straight away.

But it’s up to you to take a look at the photos and let us know which ones you preferred, and we’re looking forward to your thoughts in the comments below.

READ  Samsung Internet 14 is out of beta, here are all the new features
Share. Facebook Twitter Pinterest LinkedIn Tumblr Email
Previous ArticleCostco members can get the iRobot Roomba i4 robot vacuum on sale for $280
Next Article Infinix Hot 10S (and 10S NFC) unveiled with 90 Hz display, Helio G85 chipset and a large battery