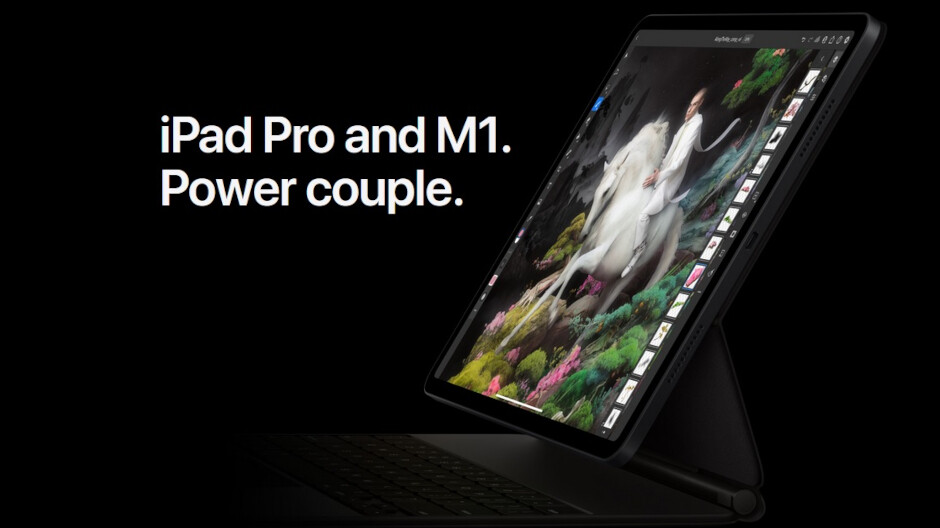 Share
Facebook Twitter LinkedIn Pinterest Email
Now that hours have passed since Apple’s Spring Loaded event came to a conclusion, we have a number of videos to show you pertaining to the new M1 powered 12.9-inch iPad Pro tablet, the AirTags tracking system, and a new color for the iPhone 12 and iPhone 12 mini. First though, we want to show you a clip that might win an Oscar for Apple CEO Tim Cook. In a video titled Mission Implausible, someone is doing Mission Impossible-style spying in Apple Park.

The star of today’s Apple event was the powerhouse 5nm M1 chip which carries 16 billion transistors.

This spy is breaking into Apple’s headquarters in Cupertino evading laser alarms and is able to open up a Mac. The M1 chipset with its 16 billion transistors is removed and our spy breaks into another room and places the high-powered chip into the new iPad Pro (2021). The spy removes his disguise and it turns out that the diabolical agent was none other than Tim Cook!
This is a great spot and perhaps one of the best from Apple since the emotionally charged 2013 Christmas video. That video was about a kid who seemed like the poster child for smartphone addiction until it turned out that he was more in touch with his family than anyone thought. Kudos all around to those responsible for today’s Mission Implausible clip.

The next video on the list also is about the new iPad Pro (2021) and the M1 chip. This time, it is from the viewpoint of developers and is called Developers, meet iPad Pro. For example, Adobe’s Bryan O’Neil Hughes says that when he thinks about the M1 on the iPad, “there are truly no limits to what’s possible creatively.”

The M1 is a 5nm chip that features 16 billion transistors compared to the 11.8 billion transistors found on the A14 Bionic SoC that powers the iPhone 12 series. Apple is basically using a Mac chip to run an iPad (albeit a very premium iPad).
The next video compares the iPad Pro (2021) to a rocket about to blast off. Images of the device are shown along with some of the tablet’s new features including the supercharged M1 chipset, the mini-LED display (which Apple has named the Liquid Retina XDR display, the Thunderbolt port, 5G, and the Apple Pencil. Apple brags that the device delivers console-level graphics, 4-speaker immersive audio, Pro Cameras, All-day Battery life and more. The video is appropriately titled Introducing iPad Pro.

Apple finally unveiled its AirTags item tracking accessory. In a video that has television commercial written all over it, we see a man desperately scrambling to find his keys. Looking under the coach, he enters a whole new world as he follows the directions on his iPhone.

Finally, he discovers his keys, attached to an Apple AirTag. The latter uses the Ultra Wideband U1 chip inside the iPhone 11 and iPhone 12 models and the Find My app to help users locate a missing item with the tag attached to it.
Two different videos will allow you to watch the important parts of today’s Spring Loaded event. The first one shows the entire event from start to end weighing in at a tad over one hour. and the second video speeds up the time of the event to just 51 seconds.
Oh, there is one last video and this one might already have been viewed on television during a commercial break today. The ad shows a new purple color option for the iPhone 12 and iPhone 12 mini that CEO and top spy Tim Cook announced during the start of the event.
READ  Samsung Galaxy M42 5G (Prism Dot Black, 6GB RAM, 128GB Storage) Snapdragon 750G | sAMOLED Display | Knox Security | Extra Rs 2000 Off with Coupons