Samsung Internet 14 is out of beta, here are all the new features 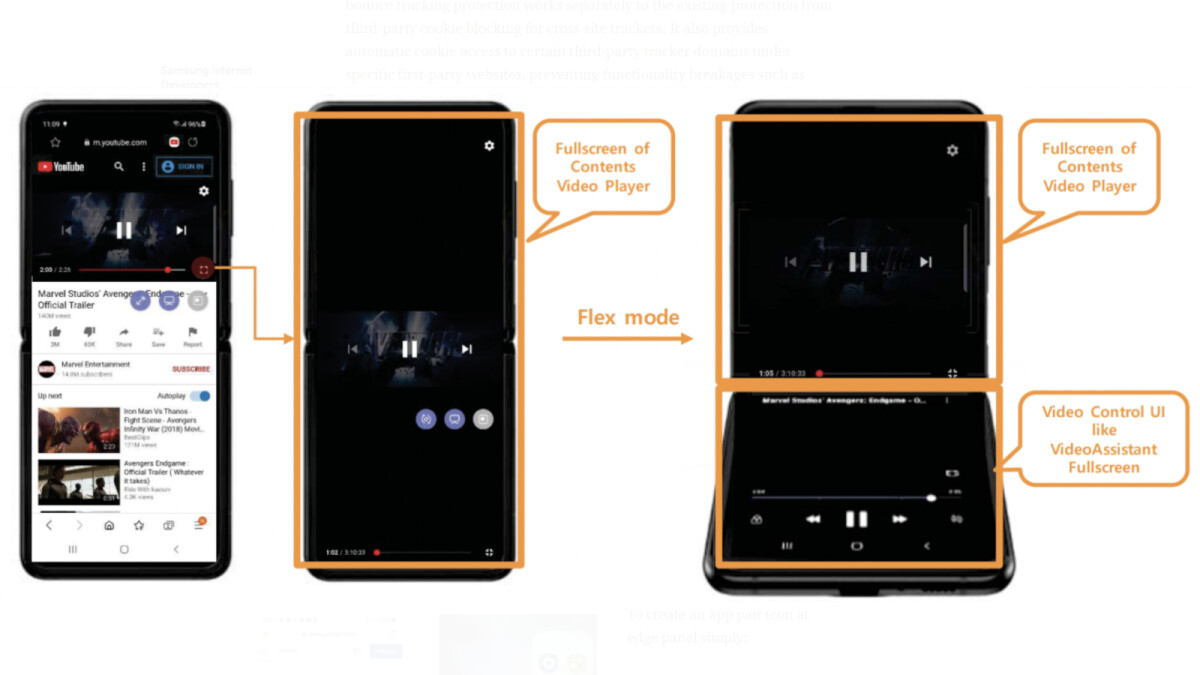 After launching a beta version of Samsung Internet 14 early last month, Samsung has now quietly released the final version of its mobile browser. Many of the features revealed in the beta are now available in this release, including the new Flex mode, which will display a video on the top half of the screen, and the control UI on the lower half.

Also, Smart Anti-Tracking received a bump to version 3.0, a much-needed improvement that should protect against first-party, redirection-based trackers by clearing cookies at scheduled intervals.

More importantly, Samsung Internet can now be paired with another instance of the browser at the same time via the edge panel. The new feature is meant to allow users to multitask when they navigate the internet. Here is how you can do that:

Depending on what Galaxy device you’re using you can have up to three app pairs. From One UI 2.5, a maximum of 3 instance app pair is supported in the split window. Apart from these major improvements, AndroidPolice reports that a couple of minor changes have been added too:

To get all the benefits of Samsung Internet 14, simply update the browser app via the Google Play Store or Galaxy Store.