Royal Enfield’s most affordable 350cc bike is put through the daily grind as soon as it enters the fleet.

Call it pure coincidence if you will, but over the past year, every time Royal Enfield has sent us a new long-term bike, I’ve had the chance to go and pick it up. It was a similar story when the time came to collect the brand-new Hunter 350. Needless to say, I was pretty excited about our new long-term bike. More so, because the Hunter 350 is so uncharacteristically Royal Enfield.

Admittedly, I was a little surprised to see how err… little this Royal Enfield looks, parked next to their other bikes in the showroom. And, even after spending close to three weeks with it, I’m still coming to terms with the Hunter’s compact size. There are times when I think it’s too small to be called a Royal Enfield, and then there are times when I’m okay about it, considering the company wanted to make a more accessible Royal Enfield. That aside, I think it looks really good, especially in this Ash Grey colour. Although, it seemingly has a few visual similarities to the Triumph Street Twin. 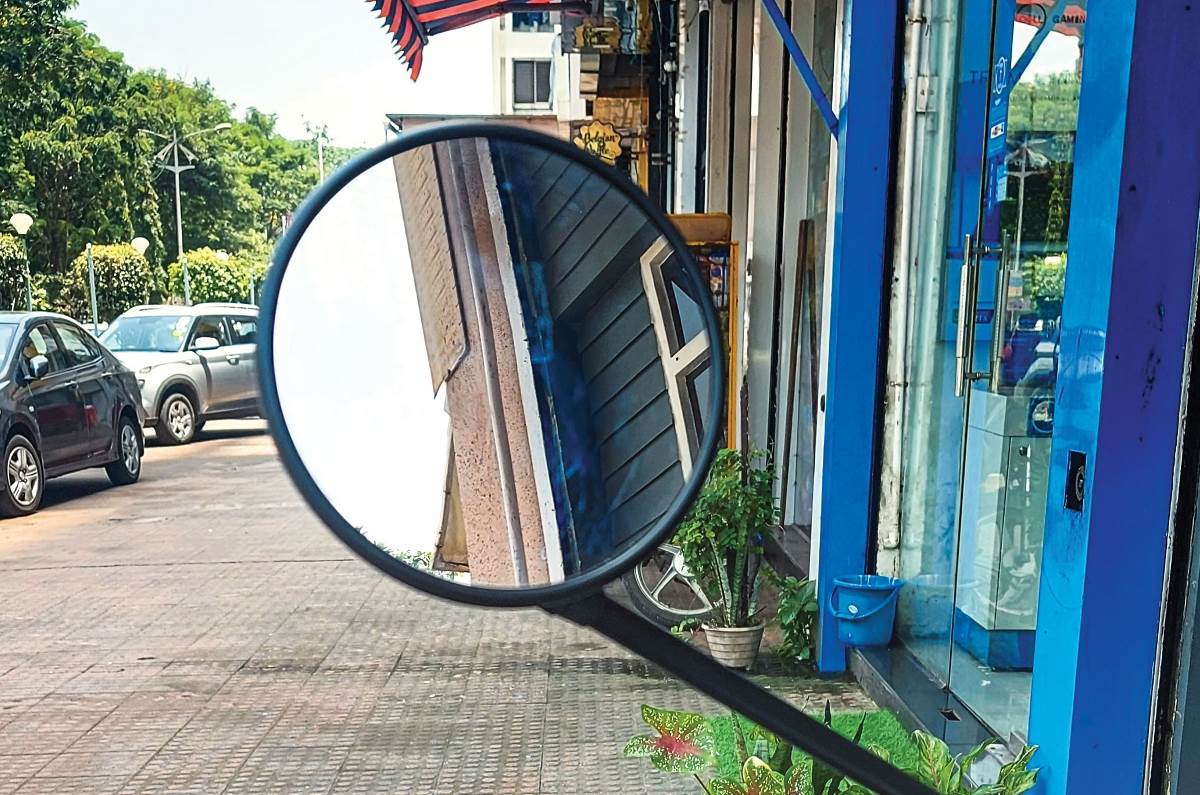 Small mirrors make it difficult to view all the traffic behind.

As for the initial ride experience, I found it to be quite interesting. In the multiple office commutes, the combination of a torquey engine and agile chassis translated into an effortless ride. I’ve also begun to like its raspy exhaust note, bouncing off the building walls in the concrete jungle I call home. 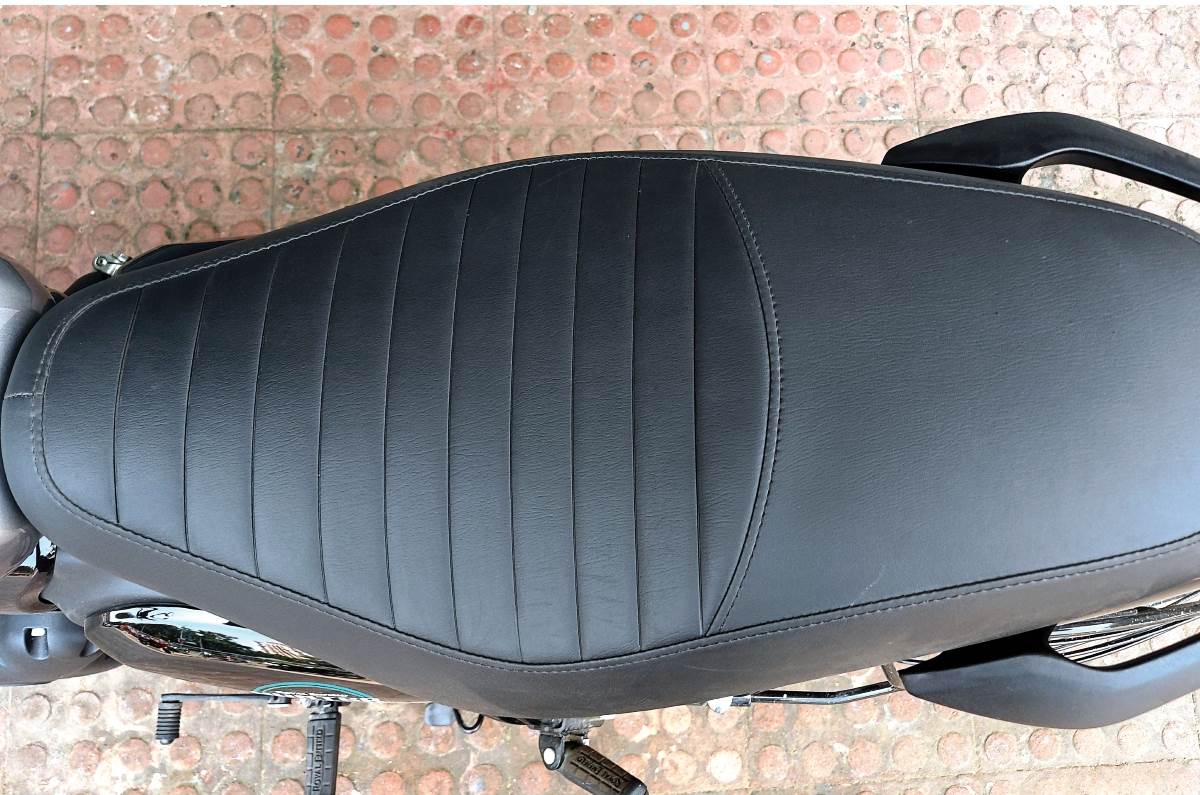 Rider’s seat is well padded for a comfortable commute.

Then there’s its superb manoeuvrability and tight turning radius, making light work of negotiating Mumbai’s horrendous traffic. The only problem so far, when it comes to the ride, has been the stiff suspension set-up at the rear, especially on Mumbai’s pothole-ridden roads. I remember Rishaad flagging this as a probable issue, after riding the bike in Thailand. But I’m going to have the rest of the team take turns riding the bike over such roads and see what they feel about the Hunter’s ride quality. A future report will have a more conclusive opinion about the same.

The other issue I’ve noticed is that the left rear indicator has stopped working, which is surprising for a bike with double figures on the odometer at that time. 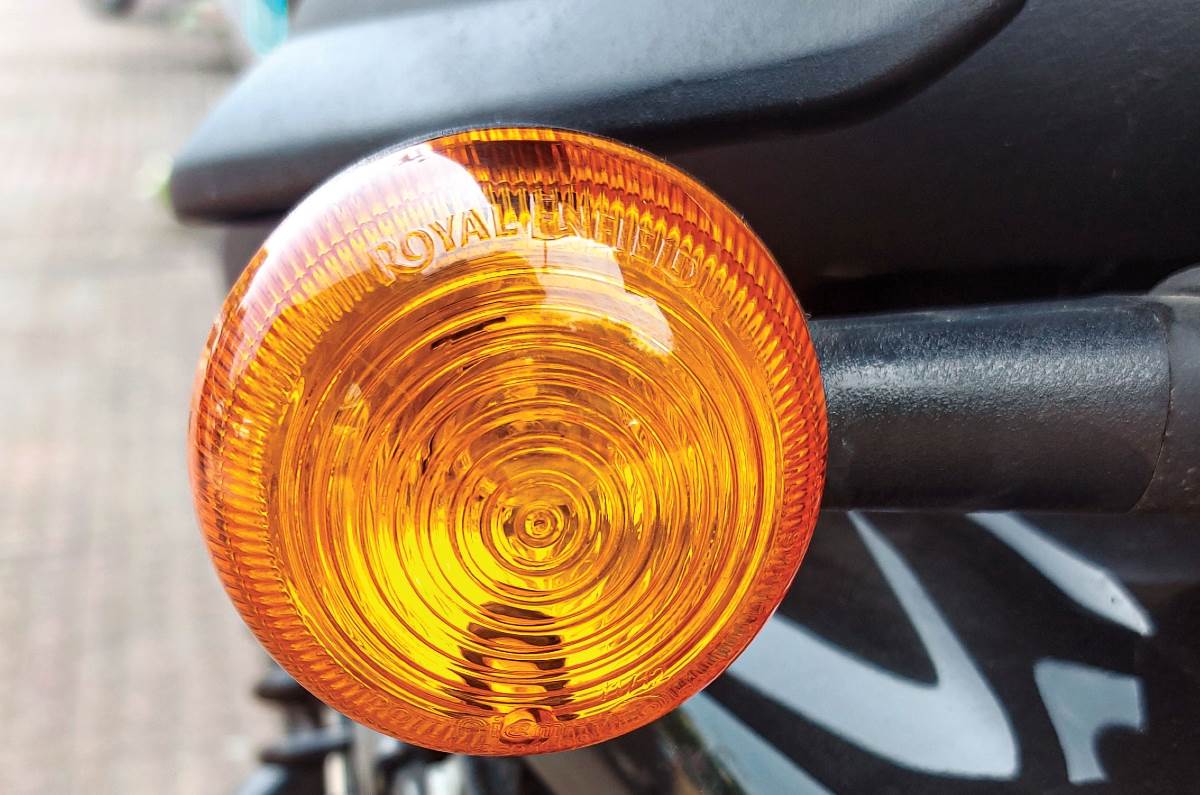 Left rear indicator conked off within a day of receiving the bike.

Plans with the bike? Well, I’ve got a few in mind. Apart from munching miles in the city, there are a few inter/intra state road trips in the pipeline. On the aesthetic front, I’m itching to swap the rear fender and put the tail-tidy from the official Royal Enfield parts catalogue. In all, the upcoming months with the Hunter 350 are looking to be quite exciting.