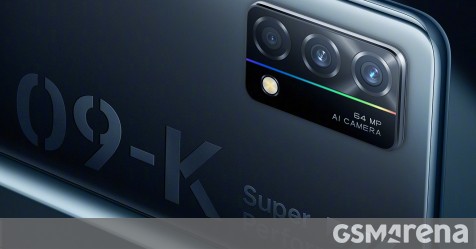 A new smartphone from Oppo has been teased via a poster published to Weibo. The newest entry to Oppo’s K-series is the K9. In the poster, the company teases a 64MP triple camera setup, and 65W Flash Charge. It’s expected that the K9 will be the top phone of the K-Series.

The back of the phone reads “09-K Super Performance”. Although a specific chipset is not mentioned, MyFixGuide speculates that the Oppo K9 may be powered by a ‘sub-flagship’ chipset along the lines of either the Snapdragon 870 or the Dimensity 1100.

READ  These are the best USB-C headphones around

The Weibo post mentions that the phone will be able to charge for 5 minutes and “turn on the black for two hours” which didn’t clearly translate from Chinese. We think it might mean that you can use the phone for two hours with a 5-minute charge with a dark-theme enabled.

It was previously reported that Oppo was going to release an updated pair of TWS earbuds that were known as the Oppo Enco Buds. Oppo may perhaps decide to launch both the Enco Buds and the Oppo K9 at the same time. Oppo will unveil the K9 smartphone on May 6 at 3PM local time in China.