OnePlus Watch will get an always-on display, more features 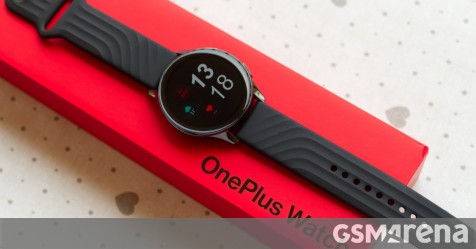 The OnePlus Watch launched last month to not-very-great reviews, and today the company has come out with a plan for future updates that will rectify some of the pain points reviewers were frustrated with.

But first, there’s a new firmware update out for the watch today. This is version B.40, and it improves GPS performance, as well as the accuracy of tracking walking and running. The heart rate monitoring and notification syncing algorithms have been optimized, and the raise-to-wake function should be better too. Finally, you get notification app icons for the most frequently used apps. There are also some known bugs fixed, and the overall system stability should be improved too.

This update is going to be available in the US and Canada first, and then extend to other countries in the coming days.

Future updates will include an Always-on Display feature, the ability to remote control the camera for Android smartphones, the option to use 12-hour time format, an AI watch face, and four more languages: German, Italian, Spanish, and Polish. OnePlus also promises that it will enable all 110+ workout modes.

The company hasn’t shared a timeline for such future updates, so for the time being, we’re stuck waiting for them and seeing what happens. One could argue that the watch shouldn’t even have launched without all these features.

Share. Facebook Twitter Pinterest LinkedIn Tumblr Email
Previous ArticleHow does the Huawei Mate X2 stack up against the Galaxy Z Fold 2?
Next Article The Pixel 5a 5G chipset may have been revealed thanks to Android 12