New leaked images give us our best look yet at the updated Baleno; features list revealed too.

The new Maruti Suzuki Baleno is just a week away from its India launch and spy photos of the premium hatchback have already surfaced online. However, we have now got our hands on leaked images of the exterior and interior from multiple angles that give us our clearest look at refreshed Baleno yet.

The new Baleno gets a wider grille with an angular honeycomb pattern and a brushed silver strip at its base that extends all the way into the new wraparound headlights. The headlights are wider at their base and also get a new three-element LED DRL signature. Lighting is expected to be via projector units across the range, with lower trims getting halogen bulbs and higher trims getting LEDs. The clamshell bonnet’s design is now flatter and the front bumper has been revamped with larger fog lamp housings.

While the side profile is virtually the same as the outgoing model, the chrome strip accentuating the lower portion of the window line now also extends up to the rear quarter glass. At the rear, the big change are the new C-shaped LED tail-lights that extend onto the tailgate, along with the reprofiled rear bumper.

On the inside, Maruti Suzuki has given the new Baleno a significant update with an all-new layered design for the dashboard, the top half of which is reminiscent of the new S-Cross sold overseas. Unlike the older model – which predominantly had a black dashboard with a few silver accents – the new dash has a three-layer design with black on top, a silver accent line running across the width of the cabin in the middle, and the lower section and door cards finished in dark blue. 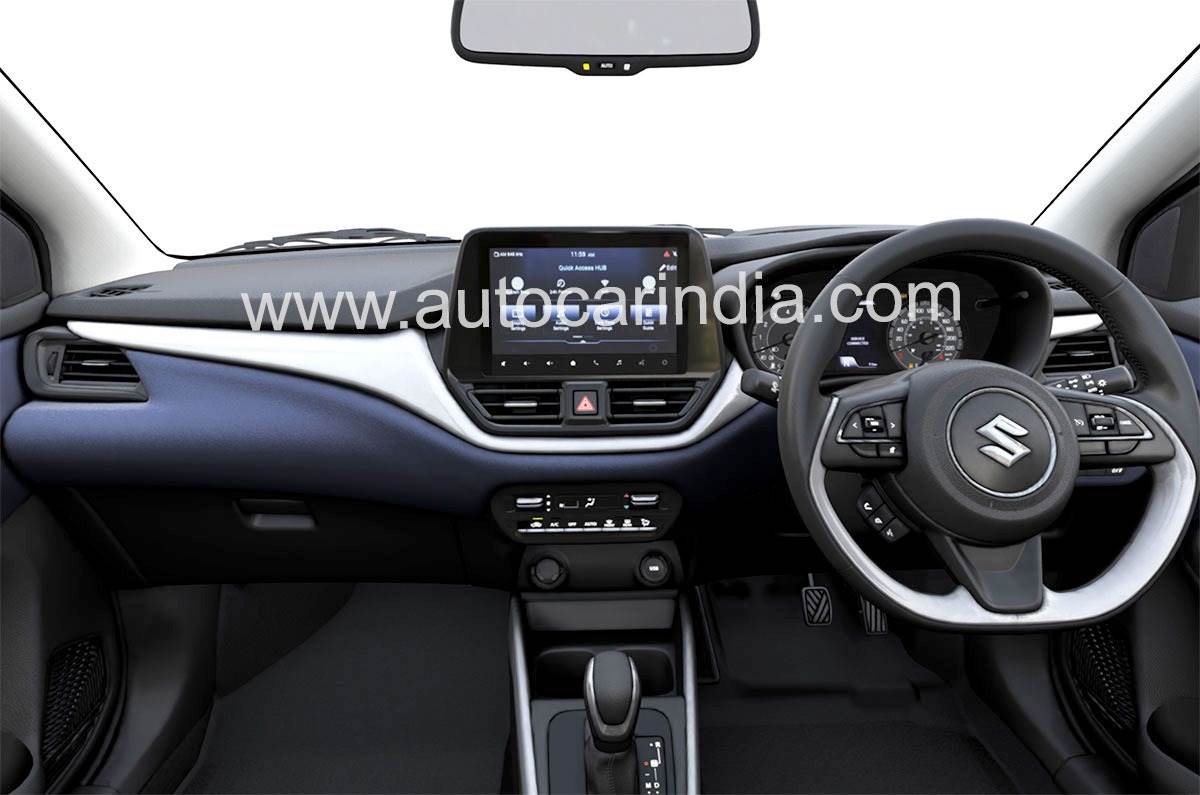 Other changes include a free-standing touchscreen in the centre of the dashboard, new switchgear for the automatic climate control (which is positioned slightly lower than the outgoing model), a new steering wheel – similar to the one seen in the Swift – and a new design for the instrument cluster, which still comprises of two analogue dials with a digital MID in between. The design of the front seats and the seat upholstery have also changed, and the images confirm that Maruti Suzuki will not offer a sunroof even in the top-spec model.

We have also managed to get hold of the list of features one can expect in each of the four main variants – Sigma, Delta, Zeta and Alpha. Thanks to our dealer sources, we can confirm that the Baleno Sigma trim will come with halogen projector headlights, LED taillights, steel wheels, remote central locking, front and rear power windows, tilt-adjustable steering, auto climate control, dual airbags, rear parking sensors, ABS, and a speed warning system. 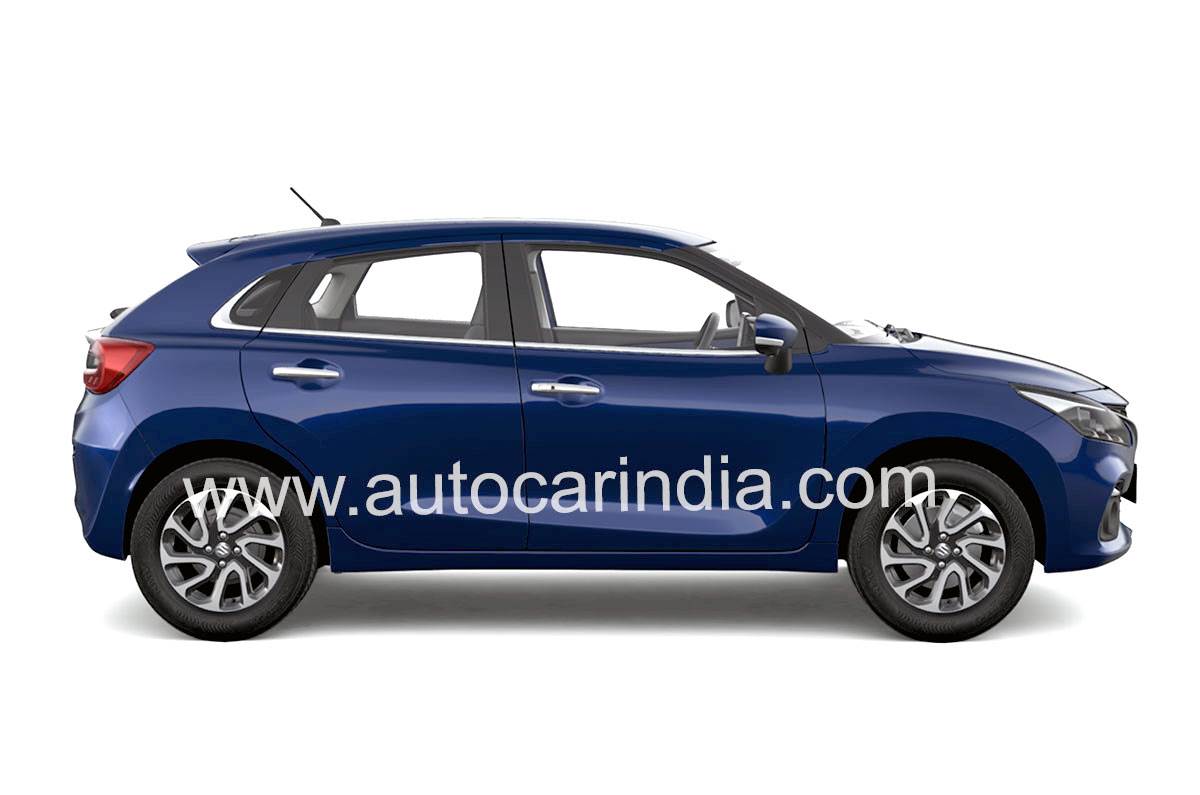 While the outgoing Baleno gets two similar petrol engine options, the new version will only get one. It’s the newer of the two 1.2-litre petrol engines, dubbed ‘K12N’, which features variable valve timing and an integrated starter generator (ISG) that allows for auto engine stop/start to help save fuel. This is not, however, Maruti’s SHVS mild hybrid system, and as such doesn’t have the advantage of the mild electric power boost to the driven wheels. Apart from a five-speed manual as standard, it will also be offered with a five-speed AMT automatic gearbox option.

The new Baleno is set to be launched on February 23, 2022. The updated premium hatchback will go up against the likes of the Hyundai i20, Tata Altroz, Honda Jazz and VW Polo. We expect Maruti to increase the Baleno’s prices slightly, placing it in the Rs 6.50 lakh-10.50 lakh range (estimated, ex-showroom).