The all-new Everest is larger than its predecessor and gets plenty more tech.

The latest generation of the Ford Everest SUV, also known as the Ford Endeavour in India, has just made its global debut. The full-size SUV is based on the new Ranger pickup and shares design elements, platform and many features.

An area where there have been significant changes is the exterior styling. The new-gen Everest gets a boxier front end with a large grille featuring a horizontal bar in the middle that extends beyond the grille to the new Matrix LED headlights with C-shaped daytime running lights.

While there are similarities with the older model when viewed in profile, the new Everest definitely has a more squared-off design, with a more upright front- and rear-end as well as a stronger shoulder line. At the rear, there are new inverted L-shaped LED tail-lights that extend on to the more upright tailgate and are connected by a black plastic panel.

Dimensionally, the new Everest is 50mm wider and has a 50mm longer wheelbase when compared to its predecessor. This should not only provide better interior space, but also a more stable driving experience.

The Everest’s interior has also been completely overhauled, with an all-new design and layout. The new, upright dashboard is now dominated by a portrait-oriented 12-inch touchscreen (10.1-inch on the base trim) that runs Ford’s latest SYNC 4A infotainment system and a 12.4-inch digital instrument cluster (8.0-inch on lower trims). 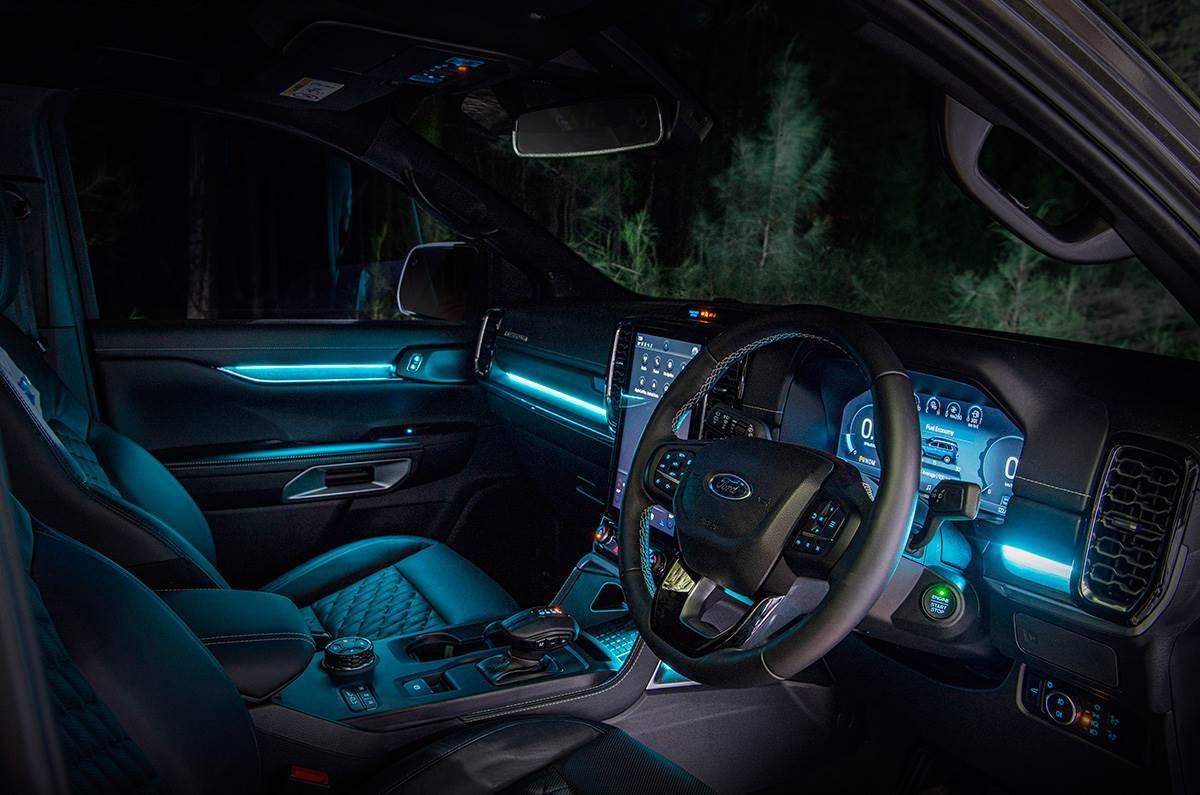 Safety is another area of focus for the new Everest as it gets nine airbags, hands-free parking, adaptive cruise control with lane centering, and Ford’s Pre-Collision Assist with Intersection Assist, which allows the car to apply the brakes if it detects an imminent collision either with the car in front or any oncoming traffic.

Engine options on the new Everest include two 2.0-litre turbo-diesel unit (a sigle turbo and a twin-turbo version) and a new 3.0-litre V6 turbo-diesel, just like the new Ranger. Ford is yet to announce the official power and torque figures for the new Everest’s engines. Gearbox options include a 6-speed manual and a 10-speed automatic depending on the engine and trim. The Everest will also be available in rear-wheel drive and all-wheel drive layouts, depending on the trim.

While Ford has revealed the more powerful Ranger Raptor and confirmed an electric version of the Ranger, it remains to be seen if these versions will make it to the new Everest line-up.

Will the new Ford Everest come to India?

Ford is unlikely to introduce the all-new Everest (Endeavour) in the Indian market, given that it has wound down manufacturing operations in the country. However, the American carmaker is expected to continue selling fully imported, high-end models like the Mustang Mach-e SUV and the Mustang muscle car, among others. Recently, it was announced that Ford could potentially restart making cars in India, having been granted approval under the government’s PLI scheme.

What do you think of the all-new Ford Everest? Let us know in the comments section below.