The Mercedes-Maybach GLS 600 4Matic has been launched in India at a base price of Rs 2.43 crore (ex-showroom, India). It is Maybach’s first luxury SUV to go on sale in global markets and gets a number of changes over the standard GLS. While Mercedes has not revealed the exact number of units allocated to India, the carmaker has revealed that all 50+ units of the SUV for 2021 have already been booked. The next batch is set to arrive in the first quarter of 2022.  The Maybach GLS will rival the likes of the Range Rover and the Bentley Bentayga.

With luxury being the focus of the GLS, we start with the interior. The basic design of the dashboard is in line with the regular GLS, but features the use of Nappa leather along with unique trim inserts and finishers for a more upmarket feel. The twin 12.3-inch digital instrument cluster and touchscreen get Maybach unique graphics and functions as well. The biggest change though is to the rear. Aimed at being a chauffeur-driven SUV, the third row has been deleted while the second row is pushed back to free up more room. The Maybach GLS is available as a 5-seater as standard  – the two outer seats are electrically controlled, can be reclined and come with calf rests. Buyers additionally have the option of choosing a 4-seat layout with individual, electrically adjustable seats. Mercedes also says that the cabin sound insulation is also much improved over the regular GLS.

Moving to the exterior, the Maybach GLS gets some cosmetic differences from its standard derivative. Aside from the Maybach vertical louvre chrome grille, the Maybach GLS uses chrome more liberally than the standard GLS, along with sitting on larger 22-inch wheels as standard – you can option 23-inchers. The Maybach also features the brand’s logo on the D-pillar and can be optioned in dual-tone paint schemes.

Coming to the equipment, the Maybach GLS gets a long list of it, including four-zone climate control, automatically extending side steps, panoramic sunroof, adaptive air suspension, heated and ventilated front and rear seats with memory function, massaging seats front and rear, the chauffeur package to adjust the co-driver seat from the rear, a rear seat tablet to control in-car functions, 360 degree camera, Burmester sound system and more. 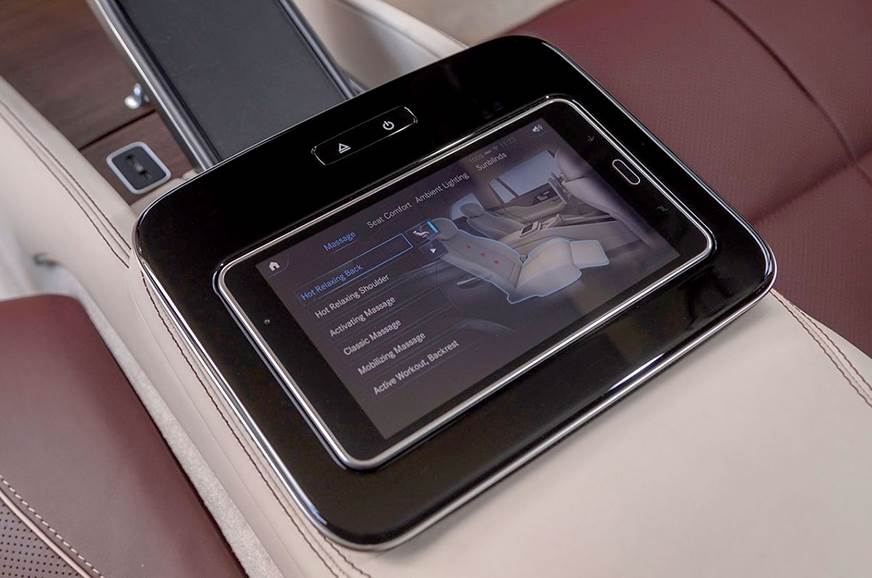 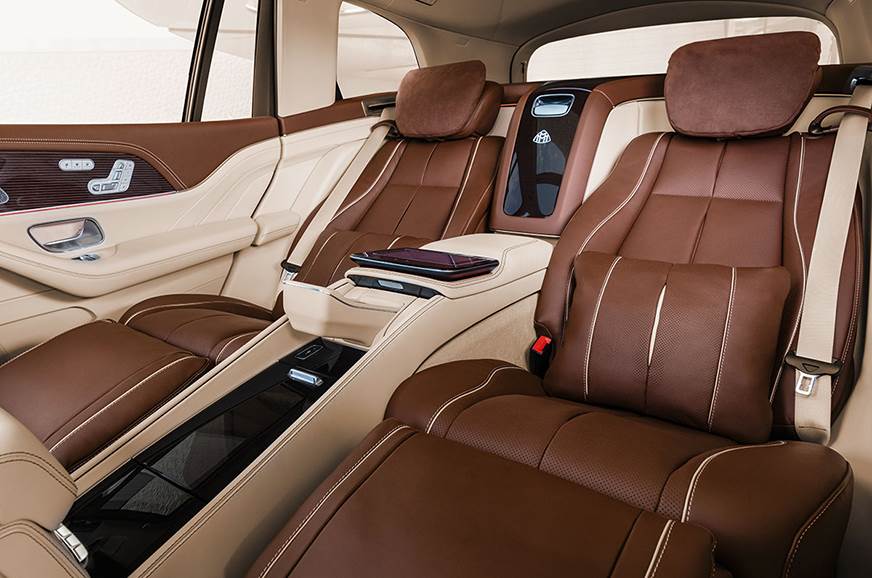 Another differentiator between the standard GLS and Maybach is under the bonnet. While the standard GLS is available with six-cylinder engines in India, the Maybach GLS uses a 4.0-litre twin-turbo V8 equipped with a 48V mild-hybrid system. The unit develops 557hp and 730Nm of torque, with the 48V system providing an additional 22hp and 250Nm boost on demand. Power is sent to all four wheels via a 9-speed automatic gearbox.

Mercedes says that the Maybach GLS comes with model-specific drive programme for the air suspension and the powertrain to maximise rear seat occupant comfort.

Mercedes Benz India: launches in 2021 and beyond

Following the Maybach GLS, Mercedes still has a few launches lined up before the year end, with the carmaker having planned for 15 products in this calendar year. The carmaker’s upcoming launches are expected to include the new flagship S-Class limousine and the high-performance Mercedes-AMG GT Black Series. Also on the cards is the new Maybach S-Class. Recently, the carmaker announced its new direct to customer sales model as well for the Indian market.