The second wave of the Covid-19 pandemic is having a massive impact across India. While the first wave last year was somewhat limited to urban regions, this time around it has affected the rural markets as well. This spells bad news for the domestic auto industry, which depends on rural sales to buffer slackening demand in urban India.

As per the latest data shared by the Federation of Automobile Dealers Association (FADA), the overall sales in April were 11,85,374 units a decline of 28 percent over the month of March. Interestingly, tractor sales which have for long shown resilience too have seen a double-digit decline.

FADA’s analysis on the situation

Vinkesh Gulati, president, FADA said, “India is currently facing one of its toughest times with the second wave of covid creating a havoc in everyone’s life. This time, the spread is not only limited to urban markets but has also taken rural India in its grasp. Auto registrations for the month of April witnessed a double digit fall to the tune of -28 percent MoM (month-on-month), as most of the Indian states started going under lockdown (partial as well as full) beginning April 5, onwards. The spread started with Maharashtra followed by Chhattisgarh, Delhi, Rajasthan and other Indian States following the suit. Not surprisingly, all categories hence closed the month in red with 2W down by -28 percent, 3W by -43 percent, PV by -25 percent, Tractors by -45 percent and CV by -24 percent respectively on a MoM basis.”

He further mentioned that unlike last year, the lockdown this time around has been imposed by state governments and not the central government. As a result, “there has been no relief announcements which has come out till now either by the Centre or RBI and Auto OEMs.”

The apex dealer body has urged OEMs “to handhold their dealers the way they did last year during the first phase of pandemic as the situation is very grim in most of the states and dealer principals as well as their teams are fighting for their survival from Covid. FADA also requests OEMs to not burden dealers with high billings in all the states where lockdown has been announced. FADA also requests the government to come out with financial package, the way they did last year. We also request RBI to come out with guidelines/notifications for relaxation of loan re-payment equivalent to the tune of number of days of lockdown each state has announced,” requested Gulati. 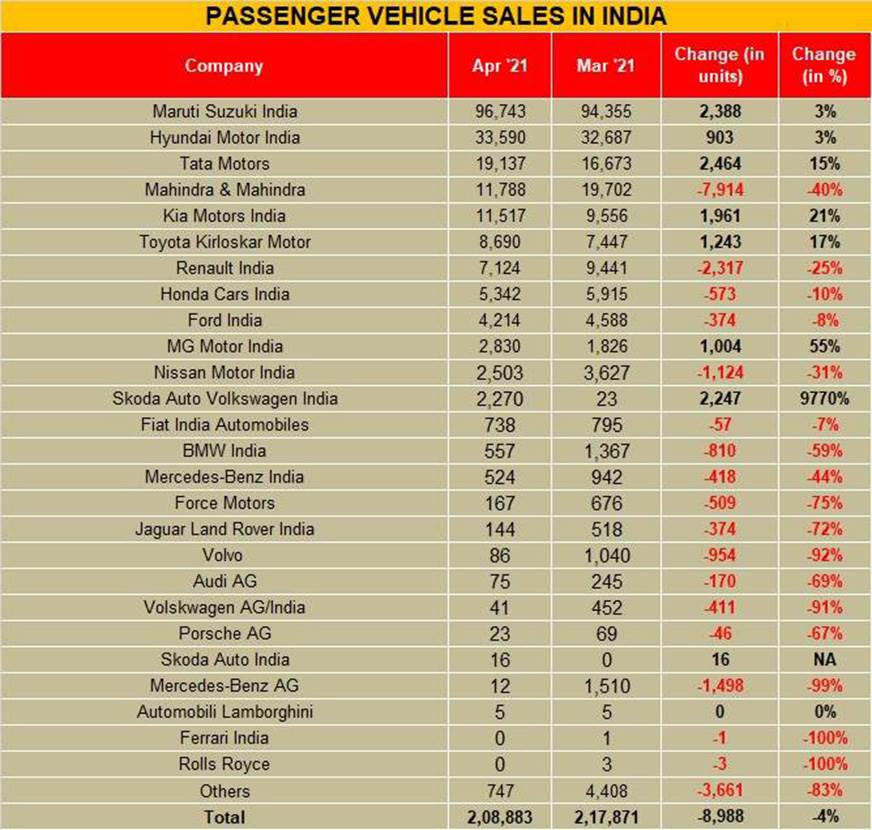 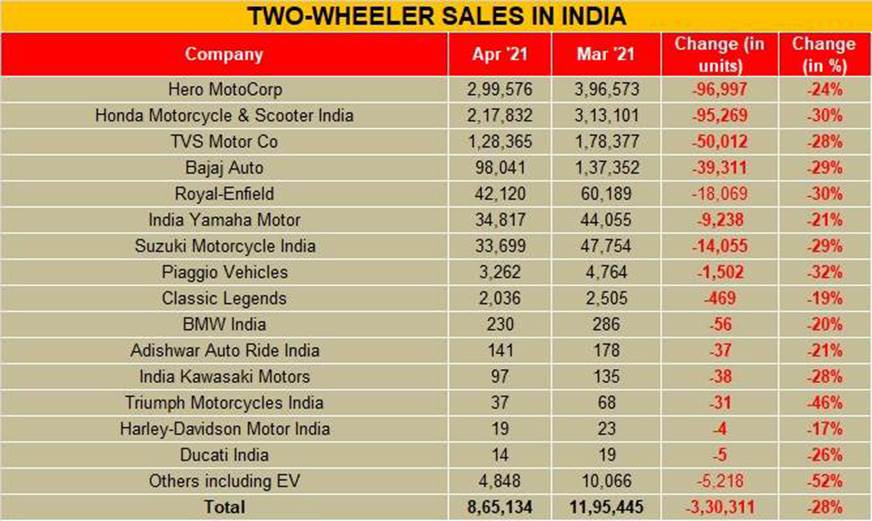 ​In terms of short-term outlook, the dealer body says the first 9 days of May have seen extremely lean sales due to the lockdown announced by majority of states. Furthermore, lockdown also means dealership outlets to remain closed thus meaning zero sales. Considering the rising number of cases, FADA expects the peak in terms of infections for India on a whole could be at least a fortnight away. Even where, dealerships are open, the walk-ins have dropped to 30 percent and customers are delaying their purchase decision.

In addition, the just-concluded elections in states like West Bengal, Tamil Nadu, Kerala and Assam, movement of migrant workers back to states like Uttar Pradesh and Bihar can keep the curve rising. Hence, on the whole FADA maintains there will be absolute sluggishness for the month of May as most of the states have announced extension of lockdown till the end of the month.

FADA states that the second wave of Covid has not only unsettled urban but also the rural markets this time around. Recovery hence looks to take a longer time when compared to recovery which came after first wave.

The only ray of hope lies on monsoons on time arrival which is likely to enter India through the southern coast around June 1. The country’s weather office has also said that India is expected to get average monsoon rains this year, thus raising expectations of higher farm output, which is central to the country’s economy. This will also lead to rural markets recovering faster than urban. Also, categories like tractors and two-wheelers will have a rub off effect in terms of recovery.

Carmakers postpone launches due to surge in COVID-19 cases