Exploring how far we’ve come as a motoring nation, with a summer road trip in the Midsize SUV Of The Year 2022.

Summer road trips have played an integral role in shaping our passion for cars. You were probably assigned the back seat, from where you would peer over your father’s shoulder to see if the speedometer was being kept busy enough. Air-conditioning was a simple matter of rolling the windows down, and the subsequent wind blast would lull you into an elaborate nap. Vivid memories, aren’t those? 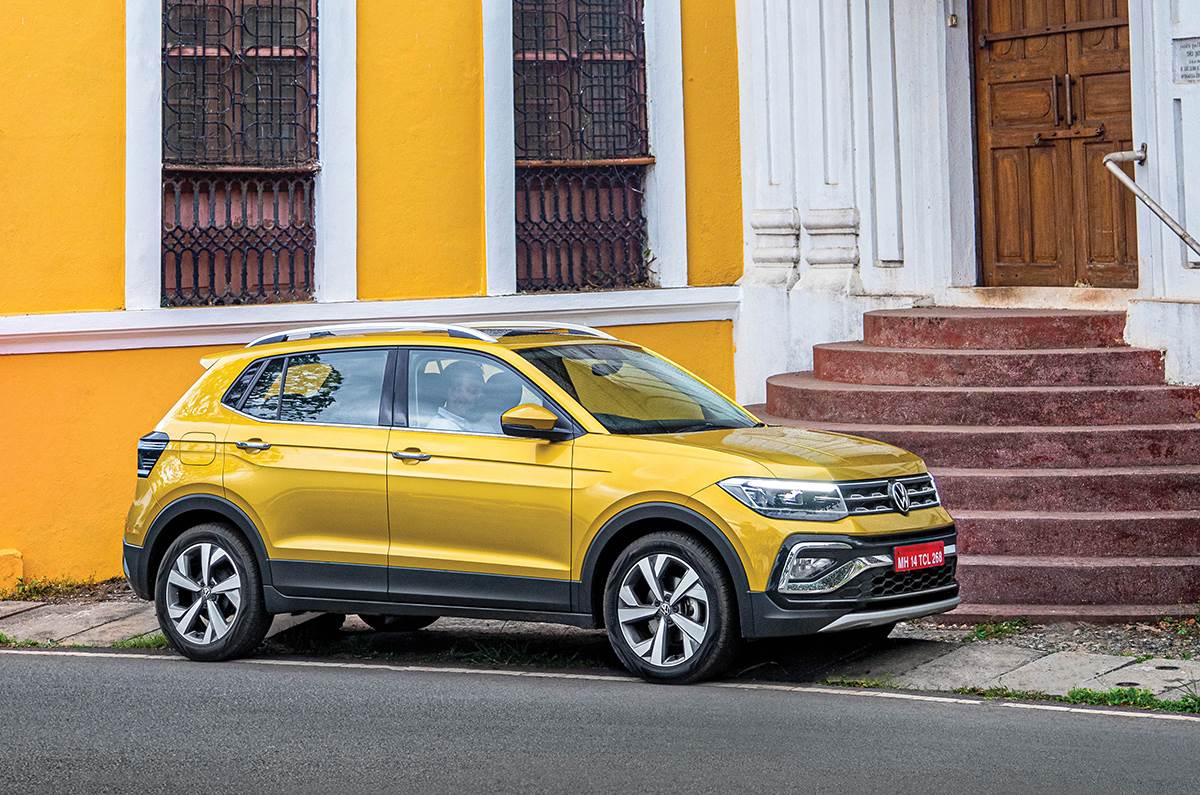 About two decades later, a lot of things have changed, but some things still remain the same. Road trips are still as cherished by you as they were back when you were a kid, but you have at your command a car very different from your father’s. It is also one that he, a stickler for attention to detail, approves of. In fact, the Volkswagen Taigun is among the few things he and you agree on. 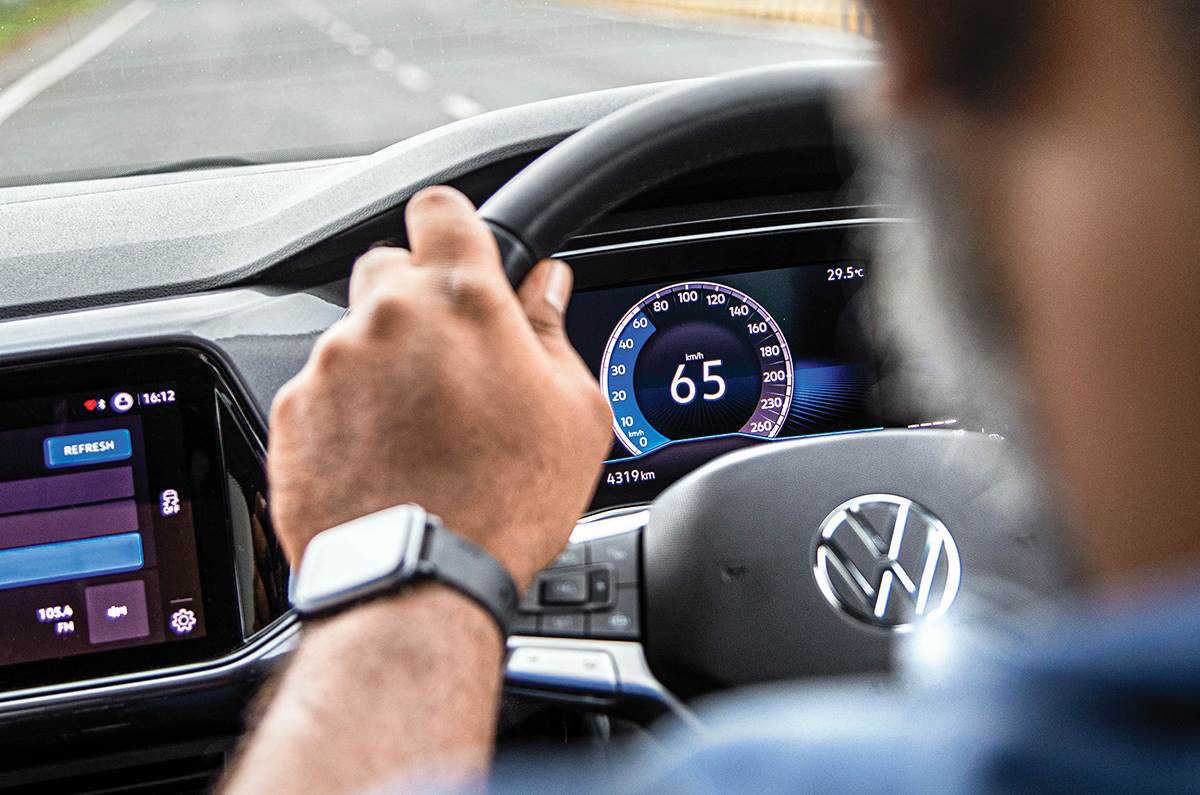 The Volkswagen Taigun is an effortless, confidence-inspiring highway cruiser.

As you steer the Taigun through twisties that haven’t changed in decades, and in the direction of the sea, you realise why the cordial agreement is unsurprising. It didn’t win the Autocar India Midsize SUV Of The Year Award 2022 for nothing, after all. In fact, as jury member Manvendra Singh said, ‘It’s pretty neat when it comes to handling, and the fit and finish is impressive. But then Volkswagen has always been known for its attention to detail, whether with the Golf or the Beetle, and the Taigun, too, represents their commitment.’ Can you disagree? 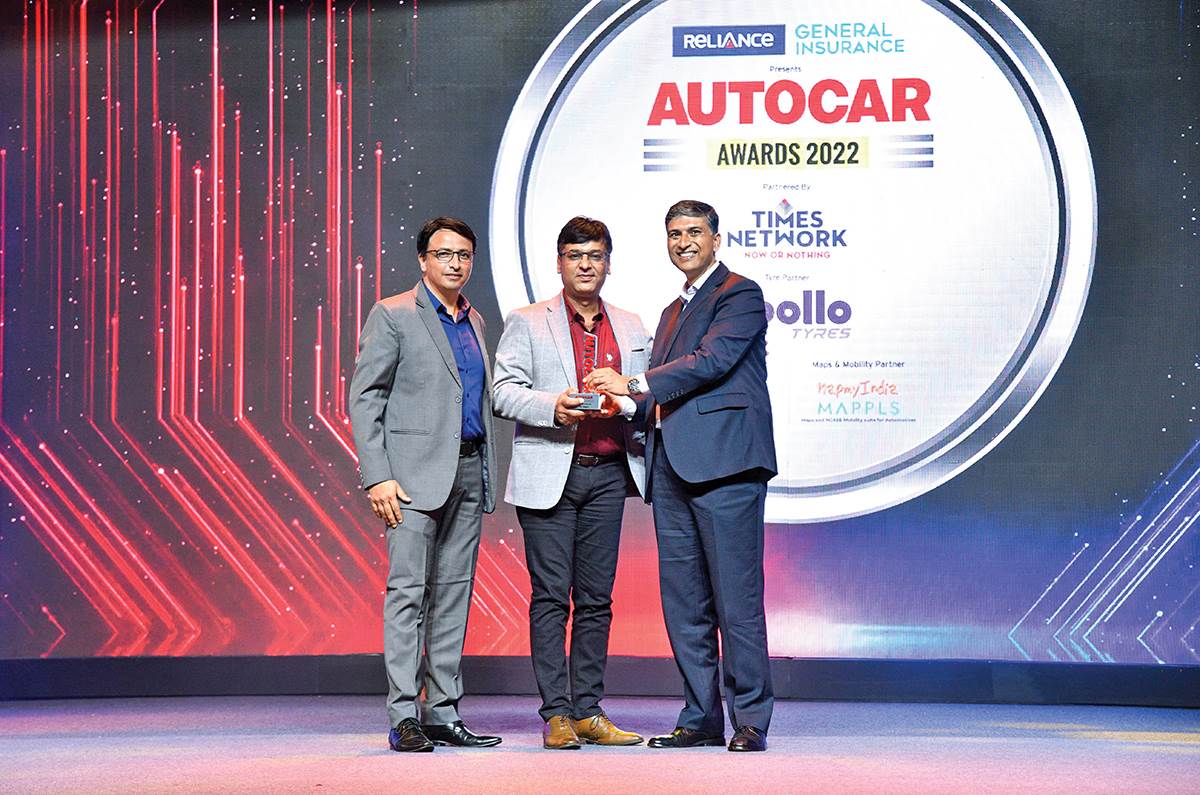 It is not tough to be impressed with the Volkswagen Taigun. This, here, is an automobile that is carving out a new path for Volkswagen in India and is among the first models to come out of the manufacturer’s ‘made in India, for India’ ethos, enabled by the MQB A0 IN platform it is based on. The Taigun redefines the midsize SUV class with its perfectly engineered underpinnings that give it the dependability of an SUV while still assuming a sophisticated feel and drive experience. 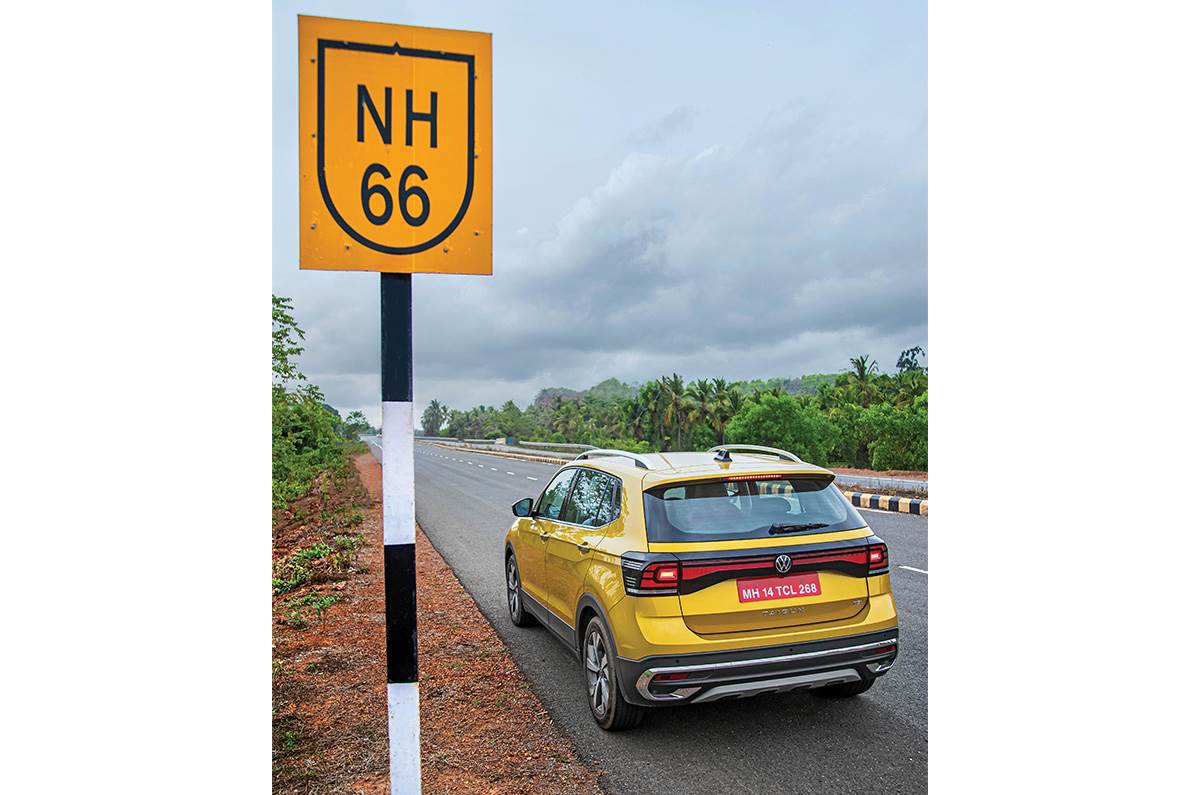 The Volkswagen Taigun is always ready to chase horizons.

This comes through effortlessly in the way it confidently munches miles, no matter how far down the highway the horizon may be, and on road trips like these, it calms your state of mind to an admirable degree.

An attribute the Taigun is particularly celebrated for is its car-like agility. Let its SUV stance not trick you into believing it’s a slouch. In fact, down the narrow, winding roads that approach Goa, the Taigun adds a dash of energy to the tail-end of the journey with its nimble responses from the engine as well as the steering. Juror Renuka Kirpalani aptly summarised the Taigun at the jury round: “The steering is just lovely; it’s a nice handling car. We had lots of fun in the dirt here, and I really liked the way it drives!” It’s easy to see why she speaks so highly of it. 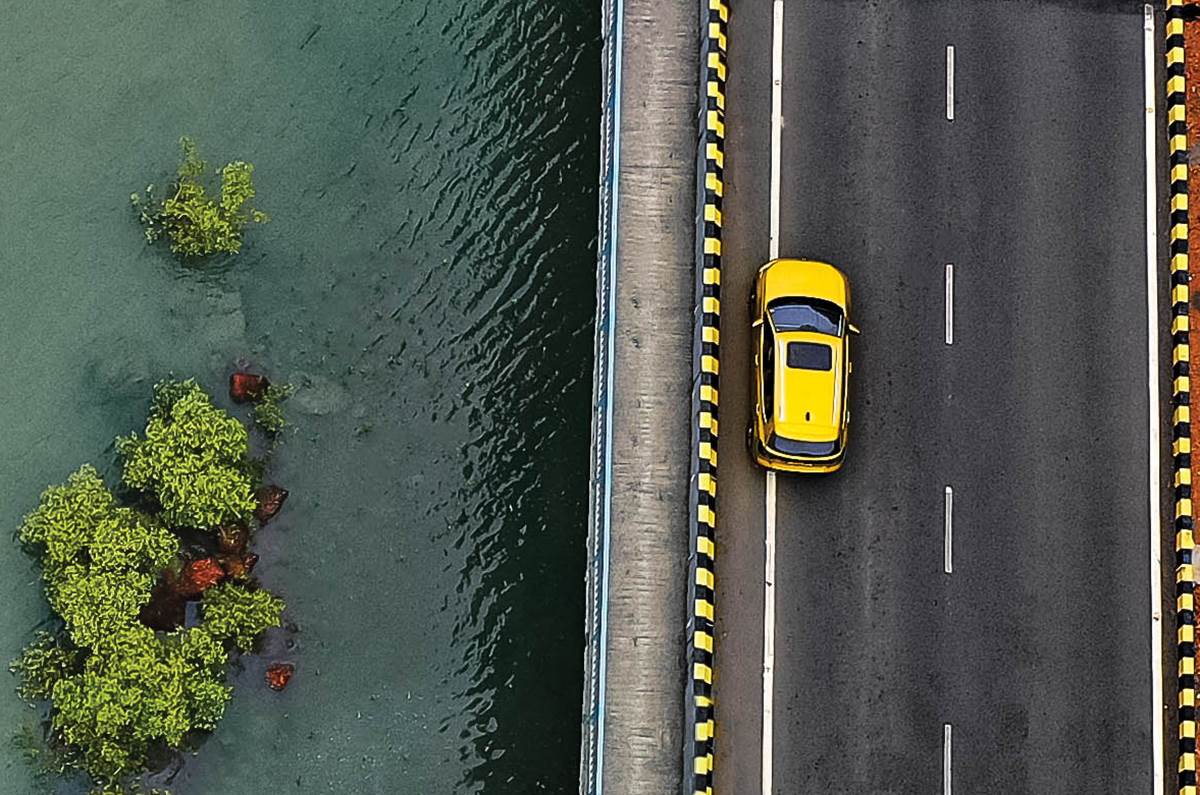 On road trips like these, the Volkswagen Taigun calms your state of mind admirably.

Entering Goa amidst a light drizzle, the Taigun feels as fresh as it did when we had departed Mumbai, over 600km and nine hours ago. The Curcumin Yellow on its taut bodywork adds even more vibrance to the Portuguese-era homes that line Goa’s leafy arterial roads, and a sense of having arrived on holiday truly descends. Promptly, the sunroof retracts, allowing the whiff of Goa’s alluring coastline into the cabin, almost as if it were a reminder for us to hit the beach. Our home in this part of the world is still an hour away, though. The beach will have to wait just a little longer. 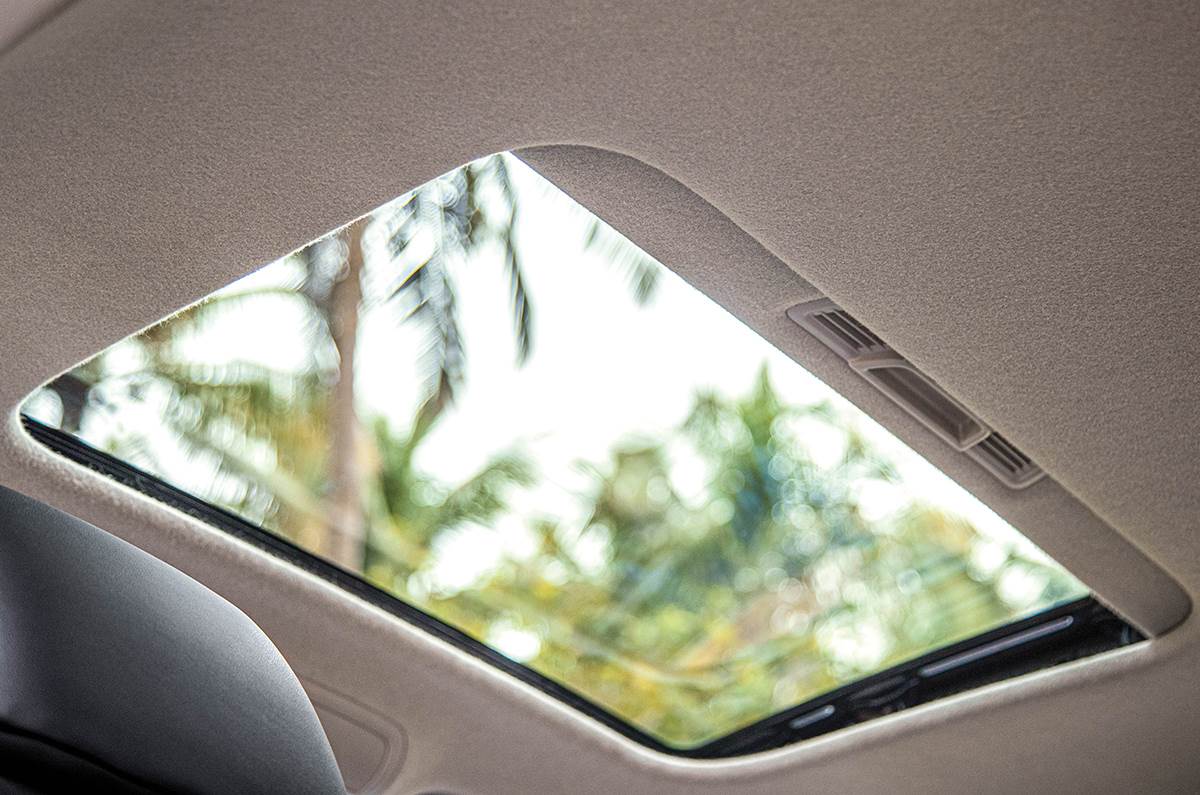 The anticipation of arriving in Goa never fades. We’re now gunning down the freshly laid NH66, a major and much-needed revamp of the age-old highway that slices through Goa, and the Taigun is chirpy as ever. The paddle shifters and the overall terrific responsiveness from the engine make the final dash down the highway very exciting. This underlines just why it won favour with the jury; the Taigun doesn’t simply fulfil obligations of its class, it actually adds spiritedness to the mix which, in turn, makes every drive absolutely memorable. 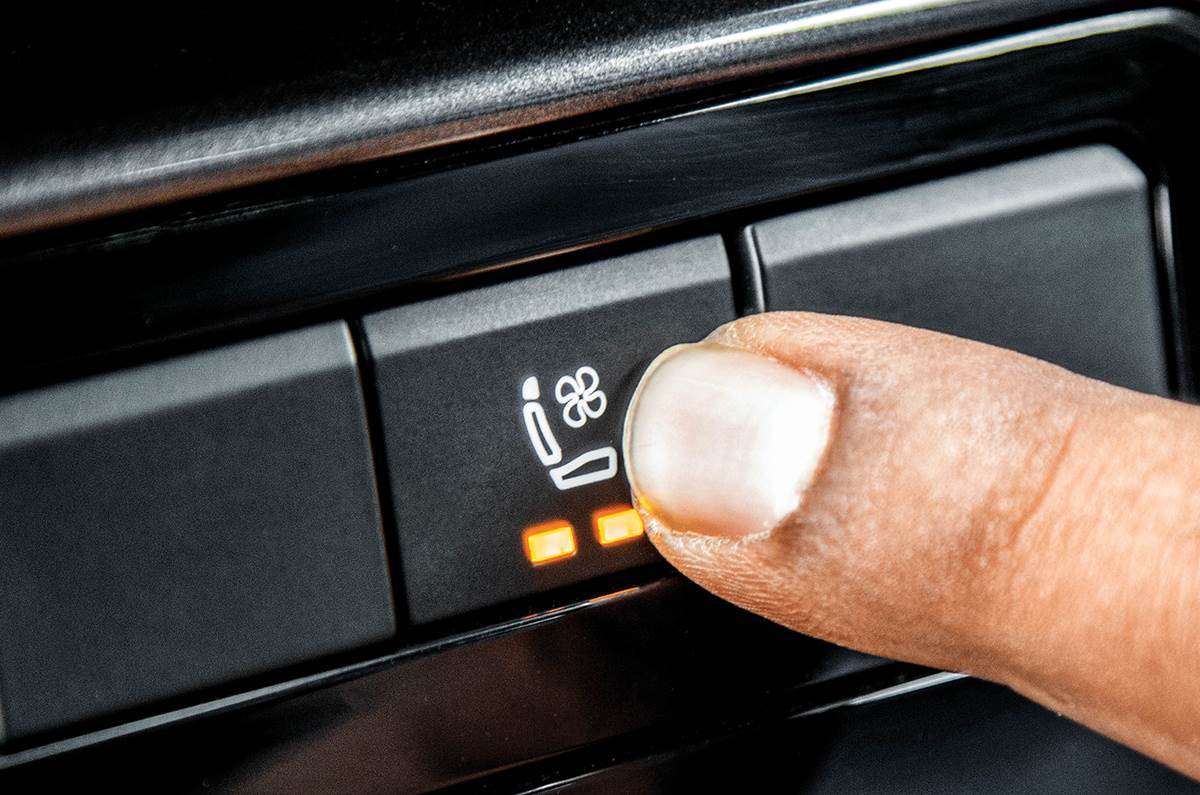 The core of the Taigun’s performance was best described by juror Shapur Kotwal: “150 horsepower, 1.5 TSI engine, seven-speed twin clutch gearbox. This is a combo that absolutely works! This is the essence of Volkswagen’s technology. The power delivery is fantastic, linear and pulls all the way to the top. The gearbox is really slick, and these paddles make it even more fun. Overall, it’s a truly great combination.” 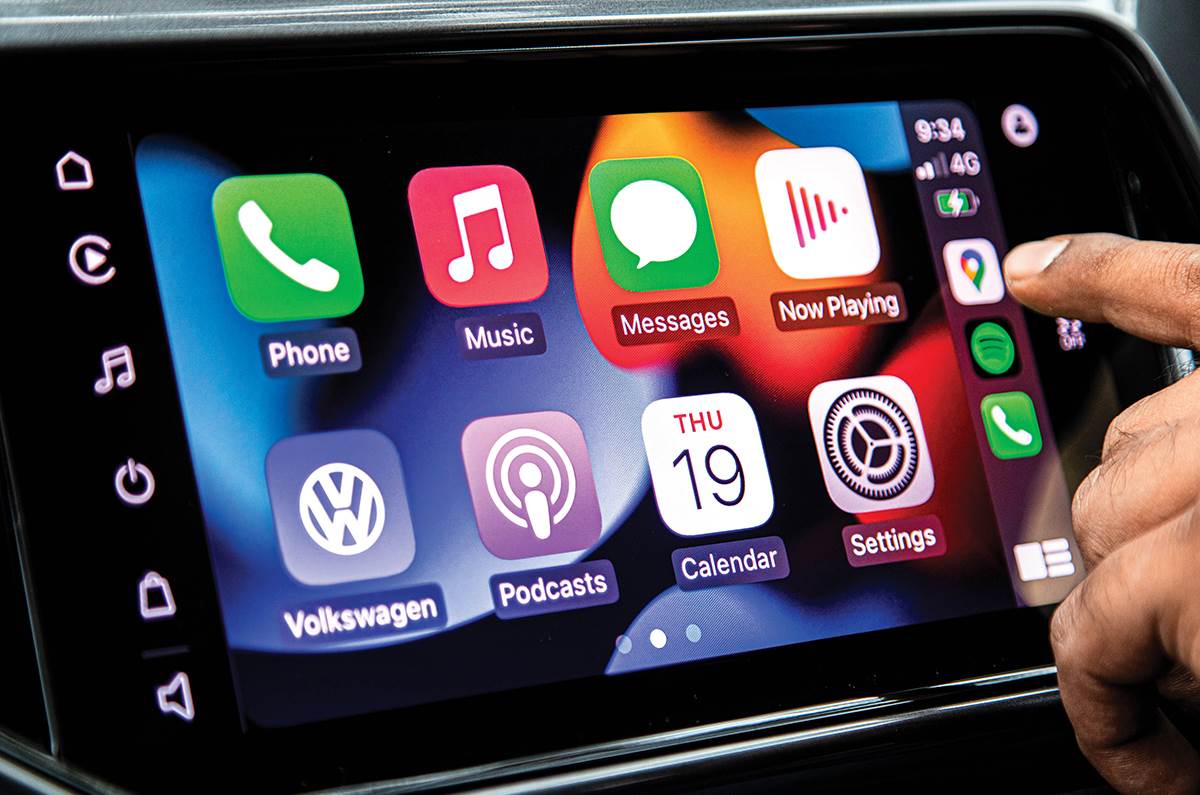 Integrated Apple CarPlay™ (and Android Auto™) keep you connected on the move.

We arrive under a typically sleepy afternoon sky. The Taigun reveals its cavernous boot yet again, which swallows ample luggage for a family of four and then some; a far cry from the road trips of yore when large suitcases and members of your family jostled for space, often letting the former take precedence. As it rests under the shade of a tree by the sea, it paints a pretty picture, reflective of the purpose it is designed to serve – to make motoring memorable again, in style. Over the next few days, it will bear the burden of our exploratory cravings – all too effortlessly, it must be said – while adding an extra splash of colour, serenity and panache to Goa’s evergreen vibrance. It takes something special to stand out in this part of the world and the Taigun, delightfully, has got it all.

Branded Content: Playing it safe with the Kia Carens