An investor report shared by KTM’s parent company Pierer Mobility, in 2019, revealed the company’s plans for a 390 Enduro model. So there is a chance that this is the bike we are looking at.

However, the test mule bears a much more striking resemblance to the existing KTM 390 Adventure, not just in the use of the same headlamp but also in the chassis itself.

This is a very early-stage development mule, so don’t pay much attention to the rough finish or complete lack of bodywork, but it is clear that this bike is using a different chassis. The tubular steel trellis frame is shaped differently at the rear, and even the main frame appears to have different mounting points for the engine, along with bigger, stronger looking engine mounts. There also appears to be more steering offset on this chassis, with the USD fork mounted further forward in relation to the steering stem on the chassis.

The news that will get enthusiasts most excited about though is that this bike appears to be wearing spoked rims in proper dirt sizes – 21 inches at the front and 18 at the back. The extra ground clearance visible could also mean that the bike has more suspension travel.

However, there are some suggestions that this could be a 390 Adventure R, rather than a 390 Enduro, mainly due to the routing of the exhaust. KTM doesn’t mess around with its proper dirt bikes, and this lower exhaust pipe routing does restrict the ground clearance, something you won’t see on any of KTM’s existing Enduros. 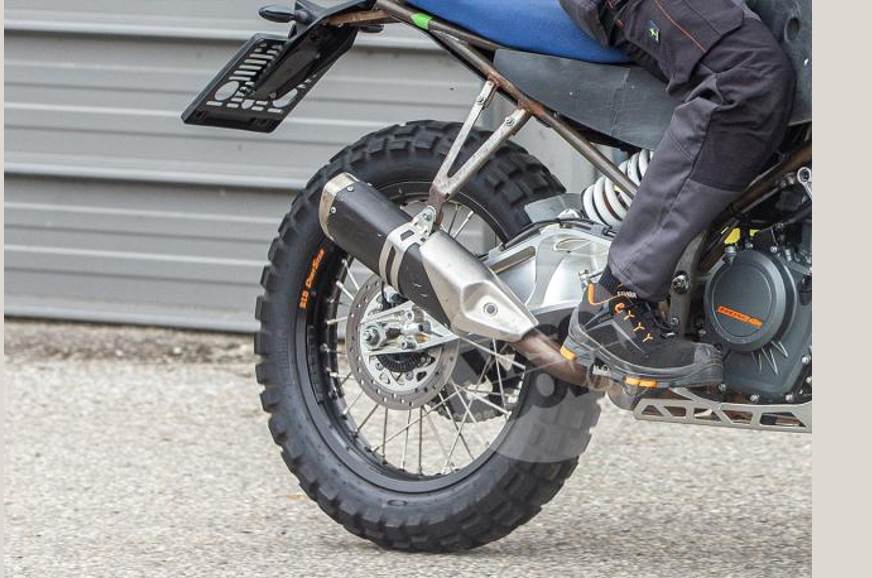 Another giveaway is the new swingarm design, which is similar to what we’ve seen on test mules for the next-gen 390 Duke. The look of the swingarm and the engine mounts here is similar to what was seen on the Duke test mule, which leads us to believe that we are looking at the next-gen version of the 390 Adventure – a road-biased model like the existing 390 Adventure will surely be in the works as well.

Given the rough, early-stage appearance of this test mule, we might be looking at an end-2023 reveal and a 2024 launch. That would make it exactly four years after the current-gen 390 Adventure was first shown to the world.